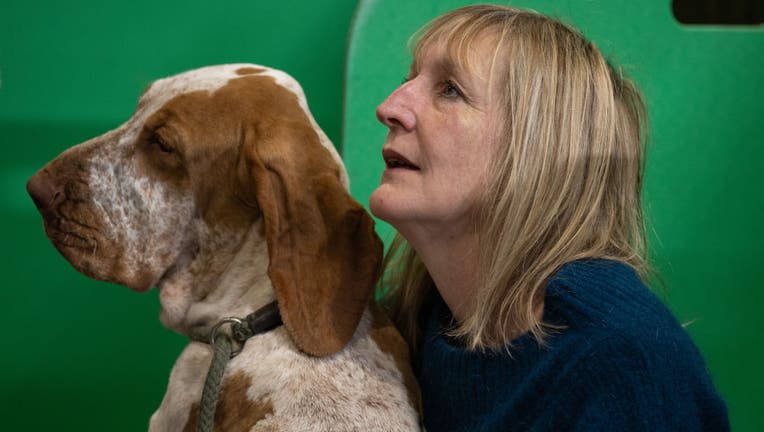 Bracco Italiano dog and its owner on day four at Crufts Dog Show at National Exhibition Centre on March 13, 2022 in Birmingham, England. Crufts returns this year after it was cancelled last year due to the Coronavirus pandemic.

The ancient Italian bird-hunting dog is the 200th member of the American Kennel Club's roster of recognized breeds, the organization announced Wednesday. That means the handsome, powerful but amiable pointers can now go for best in show at many U.S. dog shows, including the prestigious Westminster Kennel Club event next year.

The bracco (pronounced BRAH'-koh) goes back more than two millennia in Europe but wasn't brought to the U.S. until the mid-1990s, according to the AKC. It's sometimes called the Italian pointer or Italian pointing dog.

The ideal bracco should be "tough and adapted to all types of hunting, reliable, docile and intelligent," while also friendly and neither shy nor aggressive, according to the AKC's standard for the medium-to-large breed.

"They’re very easy to live with and be around, and yet it’s like a light switch — when it’s time to jump in the back of the truck and go hunting, and they’ve got a job, they just light up like a Christmas tree," said owner and breeder Lisa Moller of Portage, Wisconsin.

She and husband Dale relied on Labrador retrievers as pheasant-hunting helpers before a friend introduced them to a bracco about five years ago. The couple was quickly struck by the dog's methodical hunting style in the field and affectionate nature at home: "They're very Velcro," Lisa Moller said. 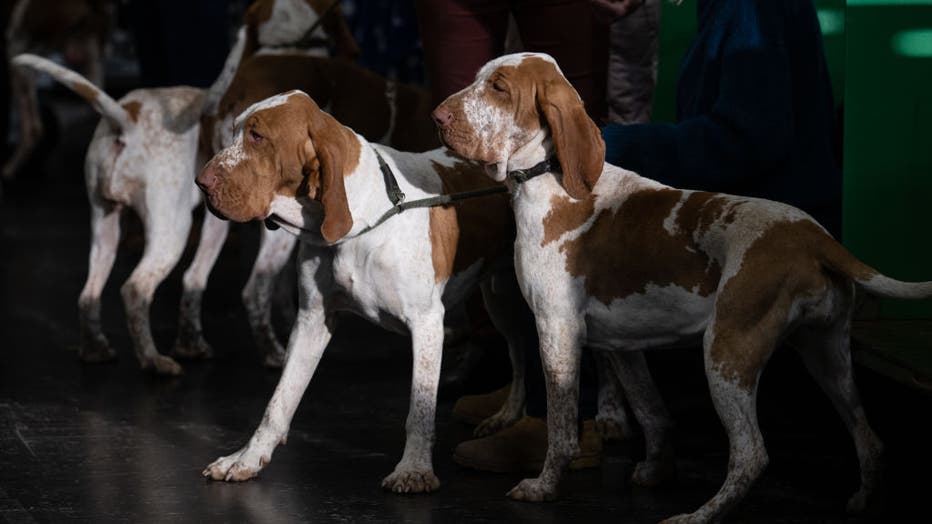 The dogs — the proper plural is "bracchi Italiani" — have a deep bark and readily deploy it on spotting backyard wildlife, so "they may not be the right dog for everybody," she noted.

AKC Executive Secretary Gina DiNardo called the bracco a great companion for active families who can provide "the love and attention it needs."

The AKC opened the nation's oldest dog registry with a mere nine breeds in 1878. In the last decade alone, the club has added over 20 breeds, ranging from the teeny Russian toy to the powerful dogo Argentino. Criteria involve the total number and generations of registered dogs nationwide, their geographical distribution and other factors.

There remain many breeds that are registered elsewhere but not by the AKC, or aren't formally recognized at all. Some aficionados eschew, or are torn about, the exposure that AKC recognition brings to a breed.

The AKC says it promotes responsible breeding aimed at preserving characteristics that equip dogs for various tasks and ease owners' search for a pup they can live with and commit to.