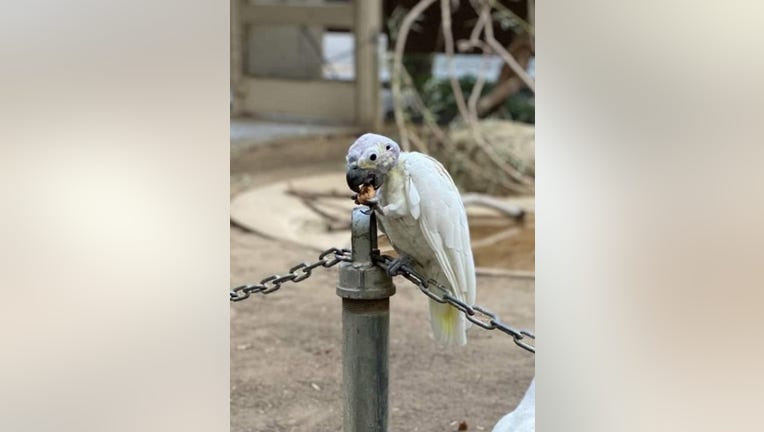 FRESNO, Calif. - A pair of beloved birds was stolen from a zoo in central California over the weekend, although one was found and returned to the zoo by Monday, officials said.

A lesser sulphur-crested cockatoo and a Nicobar pigeon were taken from Chaffee Zoo’s Australian Asian Aviary on Sunday around 4:30 a.m., according to the Fresno Chaffee Zoo. Both birds are of advanced age and in need of special care.

But on Monday, zoo spokeswoman Brandy Gamonin said there was good news to report: The Nicobar pigeon was found and has returned to the Zoo. 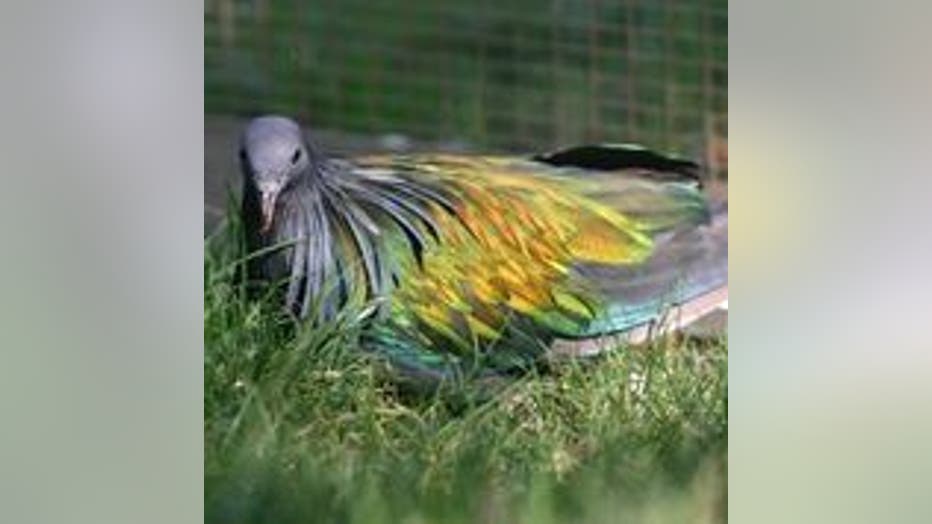 A Nicobar pigeon was found to the Fresno Chaffee Zoo.

Security footage shows someone cutting the lock from the aviary doors, capturing the two birds and putting them into a duffel bag before leaving, authorities said. The motive for the theft is unknown.

The International Union for Conservation of Nature’s Red List of Threatened Species lists Nicobar pigeons as near threatened and lesser sulphur-crested cockatoos as critically endangered. Both species are legal to own.

Chafee Zoo CEO Scott Barton said the zoo has also reached out to local veterinary hospitals and pet stores so they can be on the lookout.

Footage from the Fresno zoo shows a pair of birds being stolen.

Last month in Northern California, someone broke into the San Francisco Zoo and made off with a highly endangered ringtailed lemur. "Maki," was found the following day at a playground in Daly City.

The next day, Cory McGilloway, 30, of Los Angeles was arrested by San Rafael police Oct. 15 for an unrelated matter, according to a news release.

But McGilloway had photos of Maki on his phone, which officers found odd. They later arrested McCGilloway for the lemur theft, too. A motive was not immediately publicly released.

Fresno zoo officials urged anyone with information to contact the Fresno Police Department or Fresno Chaffee Zoo’s Safety and Security Manager at 559-470-6872.