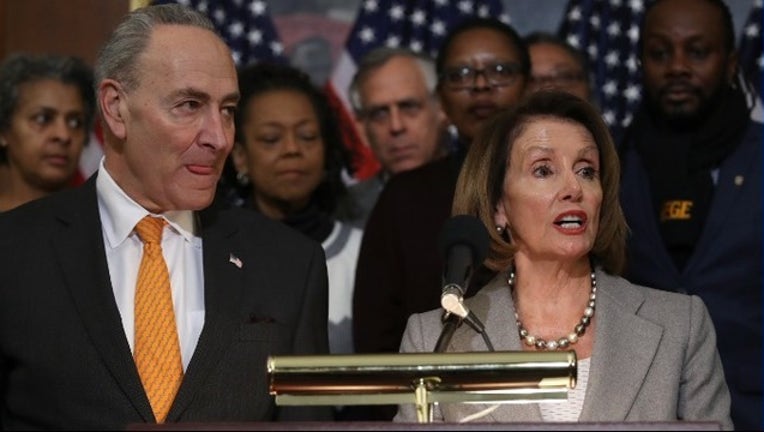 Sen. Chuck Schumer of New York said on Sunday he thinks Democrats will block the measure to give the president $5.7 billion for the border wall. The proposal would also extend temporary protections for some young people brought to the U.S. illegally as children and immigrants who fled disaster zones.

Majority Leader Mitch McConnell is to bring Trump's proposal to the Senate floor for a vote on Tuesday.
Schumer also pushed legislation that would protect government workers who can't pay their bills because of the government shutdown.

He says the measure would shield workers from eviction or home foreclosure, repossession of their cars and penalties for late payment of bills and student loans.