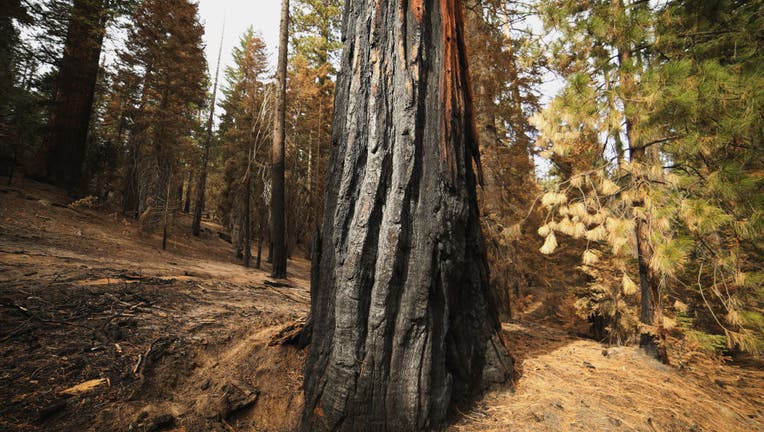 A giant sequoia that has been scarred from the Windy Fire in Sequoia National Forest, California, U.S., on Thursday, Dec. 2, 2021. California wildfires have killed up to one-fifth of the worlds total population of giant sequoias in the past two years

The Giant Forest will be open during daylight hours on Saturday and Sunday and after that it will open from Thursdays through Sundays. The grove will go to a seven-day schedule between Christmas and New Year's if winter weather allows, the park said.

Visitors were warned to bring their own food and water since none is available in the grove.

The Giant Forest includes the General Sherman tree, the largest living thing on earth by volume. The grove had been closed since mid-September, when a fire complex caused by lightning tore through the Sierra Nevada. 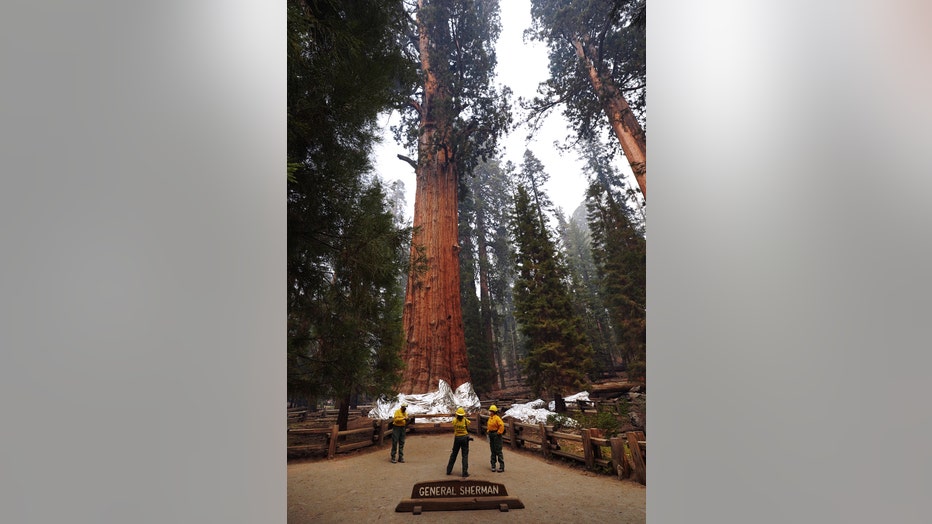 Fire crews took extreme measures to protect the largest and oldest trees in the Giant Forest. They wrapped trunks in a fire-resistant foil, set up sprinklers, raked flammable matter from around the trees and dropped fire-retardant gel onto the tree canopies, some of them 200 feet above ground.

The measures helped save the Giant Forest but they couldn't be deployed everywhere.

Fires in Sequoia National Park and surrounding Sequoia National Forest tore through more than a third of groves in California and torched an estimated 2,261 to 3,637 sequoias, park officials said.

Nearby wildfires last year killed an unprecedented 7,500 to 10,400 giant sequoias that are only native in about 70 groves scattered along the western side of the Sierra Nevada range.

The trees are reliant on periodic low-intensity fire and were once seen as fire-resistant. But fires that have become more severe as climate change has brought hotter droughts and fires have torn through dozens of groves in the Sierra Nevada mountains in the past six years, killing the giants in large numbers for the first time.