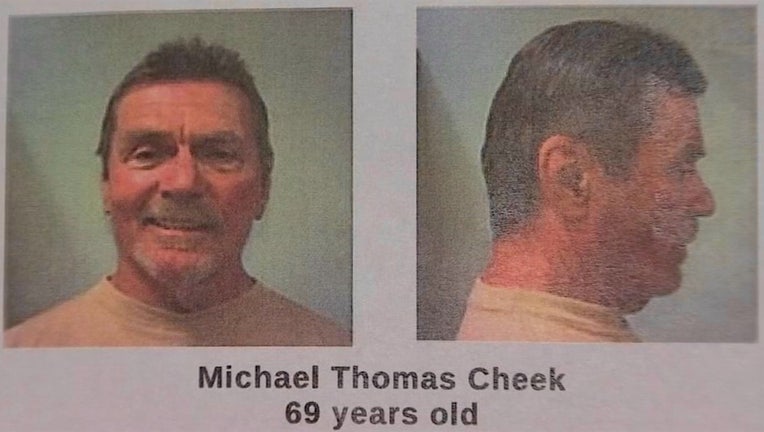 REDWOOD CITY, Calif. - A sexually violent predator will not be relocated to the Emerald Hills area of Redwood City, after the landlord withdrew the property from consideration Tuesday morning.

A hearing on the placement had been scheduled March 1 for placing Michael Thomas Cheek, 69, in housing in the 800 block of Hillcrest Drive in unincorporated Redwood City, according to a press release from San Mateo County Sheriff's Office. Community members and law enforcement officials objected strongly to the proposal.

But the relocation will not happen now, since the property owner has withdrawn the property for consideration of housing any patients who are in the State of California's Conditional Release Program for Sexually Violent Predators.

Cheek was convicted in 1980 in Santa Cruz County of kidnapping, rape and oral copulation of a 21-year-old woman and sentenced to 20 years in state prison. In 1981, he was also convicted in Lake County, Calif., of forcible rape of a 15-year-old with the use of a firearm.

In 1997, he was committed to the Department of State Hospitals in Coalinga and in 2009 a jury deemed him a sexually violent predator.

Judge Stephen Siegel, of Santa Cruz County Superior Court, ordered Cheek's conditional release on Oct. 7, 2019, to begin outpatient treatment and supervision as the final phase of the relapse prevention program administered by the Department of State Hospitals in Coalinga. The court also ordered that Cheek reside outside the county where he committed his crimes.

In the press statement, Sheriff Carlos Bolanos, Redwood City Police Chief Dan Mulholland and District Attorney Steve Wagstaffe said they "appreciate the patience and interest of our community partners who showed to keep our neighborhoods safe. In addition, a reminder all of our partners in the community, please be respectful and considerate of all San Mateo County residents."