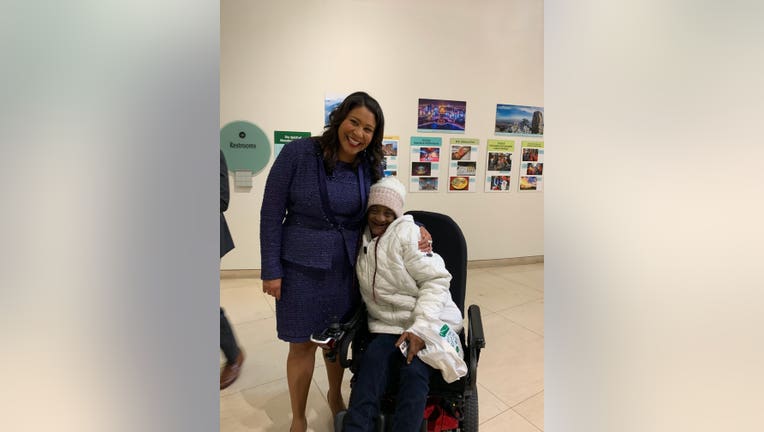 The program HIV/AIDS Rent Subsidy Program is just getting underway after city-based oraganization the Q Foundation received a $1 million award from the Mayor's Office of Housing and Community Development.

The new subsidies will be administered to about 120 city residents who are HIV positive. Qualified applicants must be either currently housed and paying more than 70 percent of their income in rent, or have been offered below-market rate housing in the city but are in need of a subsidy.

"This is the first time in 12 years that we've allocated $1 million to provide subsidies, which will help at least 120 individuals and I'm so grateful and excited," Breed said.

"Sadly, people who are homeless living with HIV, they're less likely to get treatment and stay healthy as much as they possibly need. They need stable housing; housing and health go hand-in-hand and it's why I've been fighting so hard to build more housing in San Francisco," she said.

"We all know San Francisco has a homelessness crisis and we also all know that the best solution to homelessness is to prevent it from happening in the first place. So that is why this program is critical and valuable," said Supervisor Rafael Mandleman.

"We're all working to make sure that nobody is left behind, particularly not the HIV/AIDS community," he said.

The 2018 Annual HIV Epidemiology Report, released in September of this year by the city's Department of Public Health, showed that the total number of new HIV diagnoses in the city fell below 200 for the first time. Despite the progress, new HIV diagnoses among people experiencing homelessness is on the rise.

Regina Allen, a San Francisco native and mother who has been living with HIV for nearly 15 years, said she her life has changed since she was able to obtain housing and receive a rental subsidy through the Q Foundation.

"There were times prior to me having stabilized housing, that I couched surfed and looked for any temporary housing opportunities, and all the time I was worried about being homeless as a senior and a mother. It hasn't been easy living in San Francisco with HIV," she said.

"You just have to take care of yourself once you get diagnosed and be safe, and just keep living. It's not a death sentence," she said. In addition to the new subsidies, the city has long provided rental subsidies to people living with HIV and AIDS through the Housing Opportunities for Persons with AIDS Program.

Also, the city in the past has provided rental and housing subsidies for low-income trans people, seniors, people living with disabilities and formerly homeless individuals living in supportive housing.