SAN FRANCISCO - San Francisco police on Monday announced the arrest of a teenage assault suspect accused of critically injuring a 44-year-old man by throwing him off a Muni bus last year. 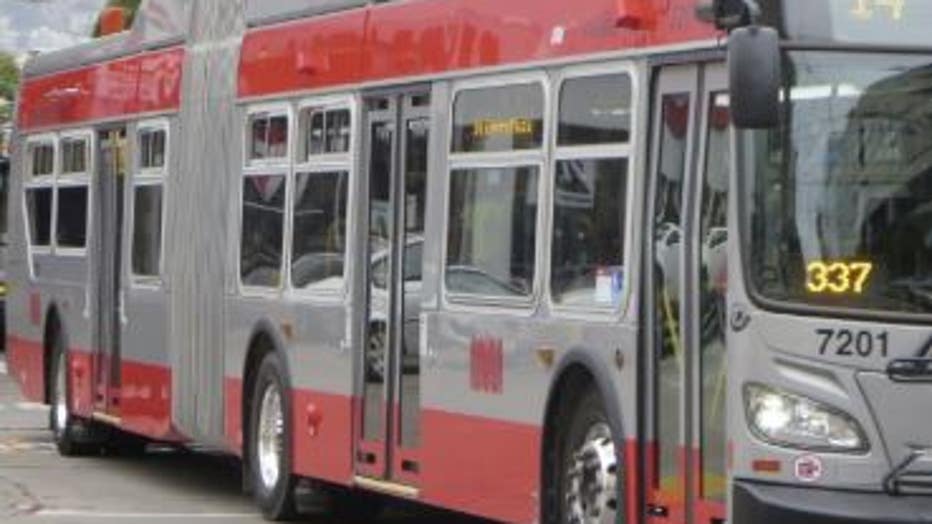 Investigators said the victim was on board a Muni 14-Line bus at Mission and Duboce Streets on Oct. 3, 2020, when he lost his balance as the bus came to a stop, and he fell to the floor.

The Muni operator called for an ambulance and instructed the other passengers to exit the bus while awaiting emergency crews to arrive.

Police said the suspect was among the passengers who got off, but then he got back onto the bus, grabbed the victim and threw him out the rear door of the vehicle.

"The victim landed on the sidewalk, striking his head on the ground," police said. The suspect then left the scene on foot.

Investigators later circulated photos captured from a surveillance camera and asked the public for its assistance in locating the suspect, as well as a woman whom police said was seen accompanying him. They called her a person of interest and potential witness.

After months of investigation, police said the suspect, 19-year-old Epriece Collins of San Francisco, turned himself in at SFPD’s Mission Station last Thursday. Investigators said his surrender came after an earlier interview with police. Officers said the department's efforts to get the word out about the case as well as coverage by media outlets and social media helped lead to an arrest.

Collins has been booked into the San Francisco County Jail on charges of aggravated assault by force likely to cause great bodily injury and battery resulting in serious bodily injury.

Police also said that the person of interest had been identified.

Investigators said that while an arrest has been made in the case, it remained an open investigation. They urged anyone with additional information to call the SFPD Tip Line at 415-575-4444 or text TIP411 and begin the text message with SFPD.