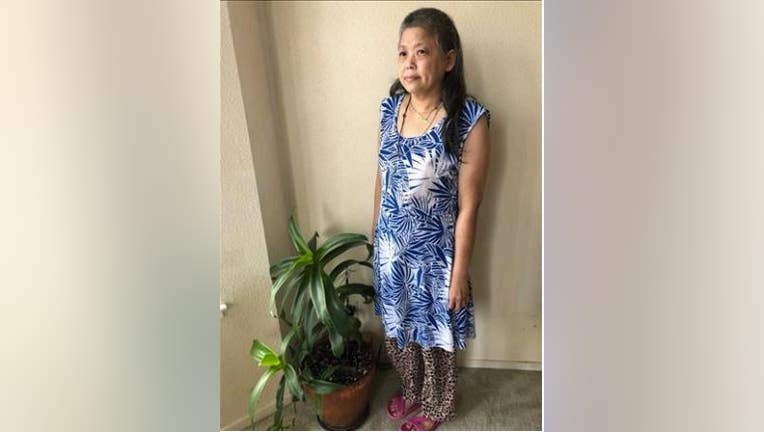 SAN FRANCISCO - Police in San Francisco are asking for the public's help to locate a woman who has been missing since Tuesday and is at-risk because she suffers from a medical condition requiring medication.

Tuyet Vuong, 51, was last seen at a home in the 1900 block of Armstrong Avenue, in the city's Bayview neighborhood, around 9 a.m. on Tuesday.

She's described as an Asian woman who speaks Vietnamese, although she rarely communicates verbally, police said.

Vuong is also described as being 5-foot-3, weighing 130 pounds, and having black hair and brown eyes. She is likely not wearing a face mask, according to police.

Without her medication, Vuong could become disoriented, police said.