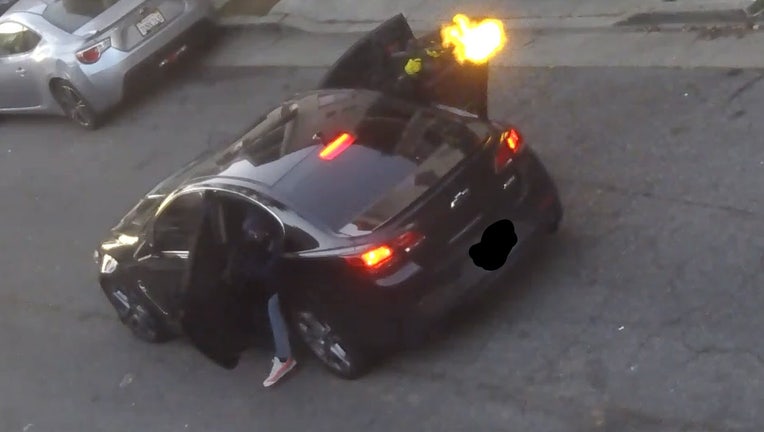 SFPD image of Osceola shooting in the Bayview.

Police released video of the shooting on Wednesday that shows the suspects exiting a car and opening fire with what appears to be assault weapons.

SFPD says on July 11 at around 8:19 p.m., they heard several gunshots being fired when they were in the area of Ingalls Street and Oakdale Avenue.

Responding officers found an adult male victim who suffered gunshot wounds. He was taken to a hospital and treated for non-life threatening injuries.

Bystanders told police another male victim who was shot in this incident was transported to the hospital with life-threatening injuries prior to the police arriving. 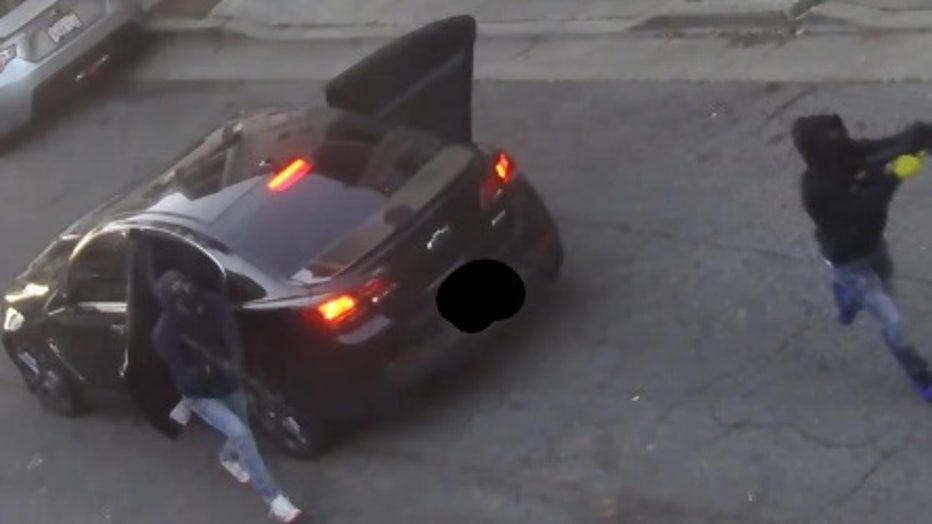 The video shows a black, four-door Chevrolet SS with tinted windows driving on Osceola Lane before it turns around to drive in the opposite direction. When the vehicle stops, four suspect shooters open fire on the victims, who are not seen on camera. The suspects then flee in the car on northbound Osceola Lane.

Police said they located dozens of handgun and rifle shell casings at the crime scene.

Anyone with information regarding this investigation is asked to call the SFPD 24-Hour Tip Line at 1-415-575-4444 or Text a Tip to TIP411 and begin the text message with SFPD. You may remain anonymous.