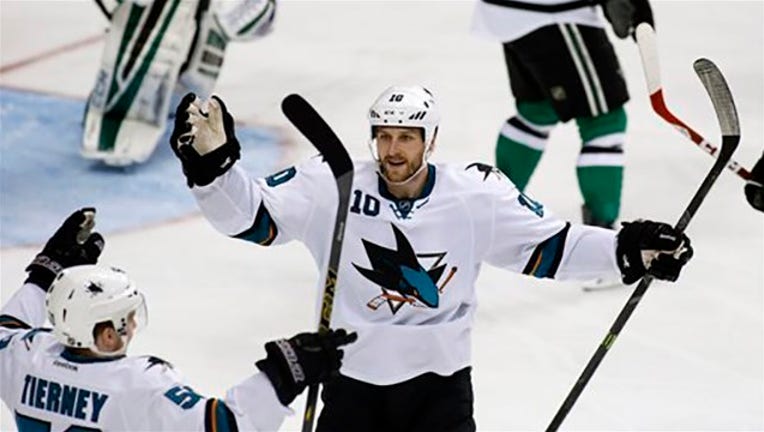 Antti Niemi made 37 saves for the Sharks, who had lost two straight. The victory vaulted them into a tie for seventh place in the Western Conference with Calgary, tied for third in the Pacific Division.

The Stars had won four of their previous five games. They fell six points behind Calgary and San Jose in the race for the final wild-card berth.

Marc-Edouard Vlasic scored the Sharks' first goal. Patrick Marleau and Tommy Wingels scored into an empty net after Dallas cut a 3-0 deficit to 3-2 on goals by Trevor Daley and Erik Cole.

Tomas Hertl and Joe Pavelski had two assists for San Jose, and Jamie Benn had two for the Stars.

The Stars lost despite outshooting the Sharks 39-28.

Vlasic scored 4:24 in when he tipped Logan Couture's pass from the right corner past Lehtonen.

Hertl assisted on both goals.

Dallas scored on a power play when Daley slid the rebound of Benn's shot under Niemi. It was the defenseman's sixth power-play goal this season.