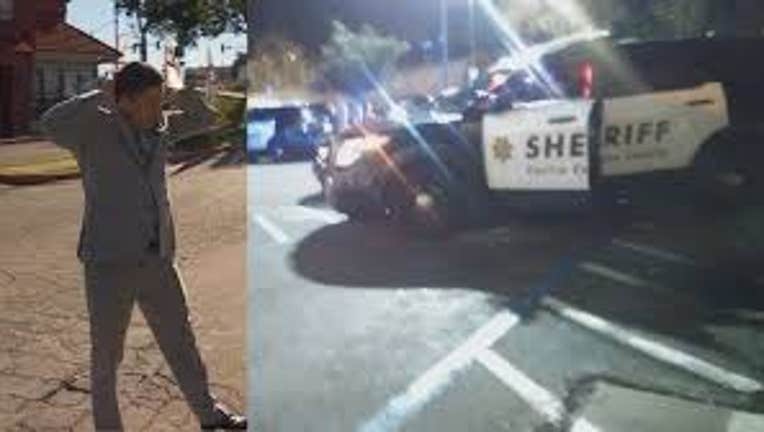 SAN PABLO, Calif. - The Contra Costa County Sheriff has settled a case with an East Bay privacy advocate after deputies stopped him and his brother last Thanksgiving because license plate readers flagged him as a car thief.

Hofer, who makes it his life's work to expose technology that he says violates citizens' privacy, said he was happy with the settlement, despite it being a relatively low amount.

"Thankfully, we weren't shot or didn't end up in the hospital or jail," he said.

Last Nov. 25, he and his brother, a political science student at UC Berkeley, were detained at gunpoint by Contra Costa County sheriff's deputies when an automated license plate reader near the San Pablo Lytton Casino off Interstate Highway 80 alerted police that they were riding in a stolen car.

It turned out that the rental car Hofer was driving had indeed been stolen from San Jose in October.

But either the police or the rental car agency hadn't updated the proper authorities that the white Getaround Kia had been recovered and should therefore be removed from the “hot list” database. Eventually, the three Contra Costa County sheriff’s deputies straightened the situation out, allowing Hofer and his brother to go home. No one was taken into custody. But he said he was scared for his life during the entire ordeal.

The next month, Hofer filed a federal suit against the deputies, alleging his civil rights had been violated, a warrantless search of his car had been conducted and excessive force had been used. Since 2015, the Contra Costa County Sheriff's Office has paid out $1.48 million in excessive force and wrongful death suits filed against the county.

“They didn’t check my ID,” Hofer told KTVU last year. “They didn’t say, ‘Hey, what are you guys doing, or what’s your name?’"

At the time, the Contra Costa County Sheriff said in a statement that the deputies "followed procedure and acted appropriately," as the car had been reported stolen. And since the car was occupied, the sheriff's office said a "high-risk enforcement stop was conducted," which means deputies approached the car with guns drawn.

The sheriff pointed out that once "the driver was not a suspect, he was removed from the patrol car and the handcuffs removed. He was released at the scene.”

Hofer said that despite his monetary award, he is still frustrated with what constitutes the training behind a high-risk stop.

During court hearings, it was revealed that the Contra Costa County Sheriff's Department teaches its cadets in the academy that "every single stolen vehicle is a high risk stop, and that guns are necessary," Hofer said. "So there is a significant training reform that needs to occur."