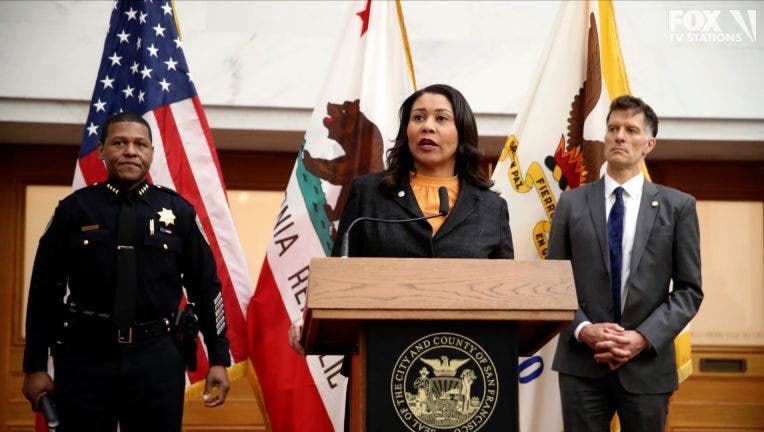 SAN FRANCISCO - The San Francisco Sheriff's Department's City Hall security unit received a call from emergency dispatch reporting a caller who claimed a bomb had been placed in the mayor's office Wednesday afternoon.

The call came in just after 5 p.m.

The sheriff's office alerted everyone in the building and dispatched deputies to conduct a visual sweep of the mayor's office. During the search, no suspicious items were found.

San Francisco police and the University of California-San Francisco Police Department responded to the scene to conduct a sweep of City Hall with their explosive detection canine unit while sheriff's deputies conducted a patrol sweep of the Civic Center Plaza area. No suspicious items were found.

The interior sweep of City Hall was completed at 7:33 p.m. and all stakeholders were notified and normal operations resumed.

The origin of the threat remains under investigation.

Sheriff Paul Miyamoto and the sheriff's department thanked the mayor's office, the City Hall building management and real estate division and the San Francisco and UCSF police departments for their cooperation and quick response to the bomb threat.