Sideshows in Rodeo, Richmond and Hayward

Sideshows break out in Rodeo, Richmond and Hayward over the weekend.

VALLEJO, Calif. - Illegal sideshows erupted throughout the Bay Area over the weekend in cities from Vallejo to Hayward.

Police said at some points, gunfire was heard and some people pointed lasers at the drivers as well.

One of the largest sideshows was in Vallejo, where police said they broke up about 300 cars just before midnight on Saturday near the Blue Rocks Spring Golf Club. Drivers were spinning their cars in donuts and making other reckless moves through city streets.

A video taken there shows a woman sitting on top of a car on Interstate 80 while leaving the event.

Police also broke up a sideshow in Richmond outside the Hilltop Mall. Video shows drivers coming dangerously close to the participants who were out watching.

In Rodeo, people were out participating in a sideshow just after midnight on Sunday. A group pf cars and spectators gathered near the Phillips Carbon Plant off Highway 4. Crowds dispersed after gunshots were fired, though no injuries have been publicly reported.

And in Hayward, bullets were also fired early Sunday morning near the Hayward Water Treatment Plant.

The sideshow there lasted at least an hour.

So far, police have not reported any arrests. 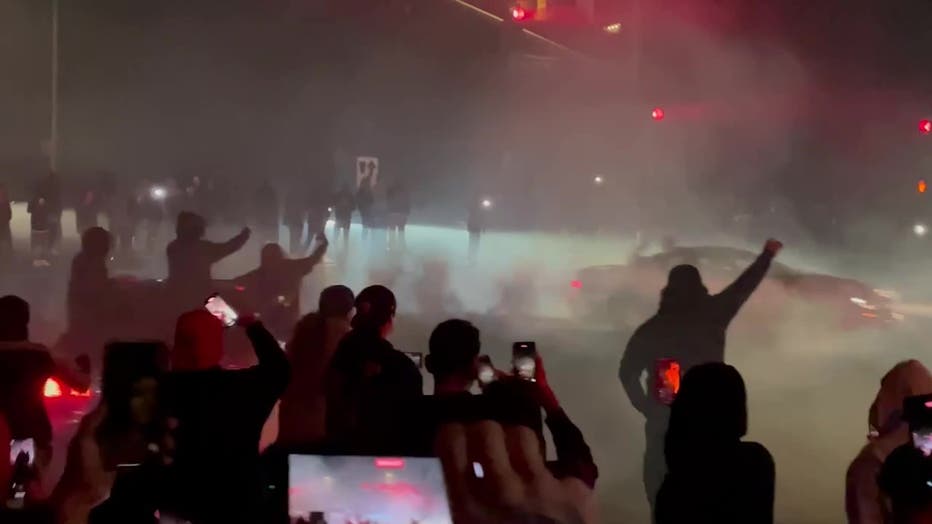 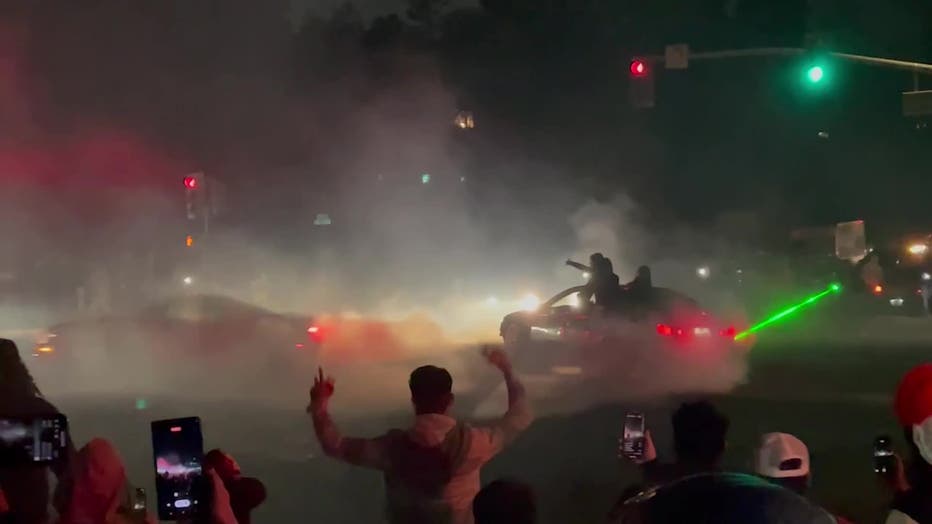 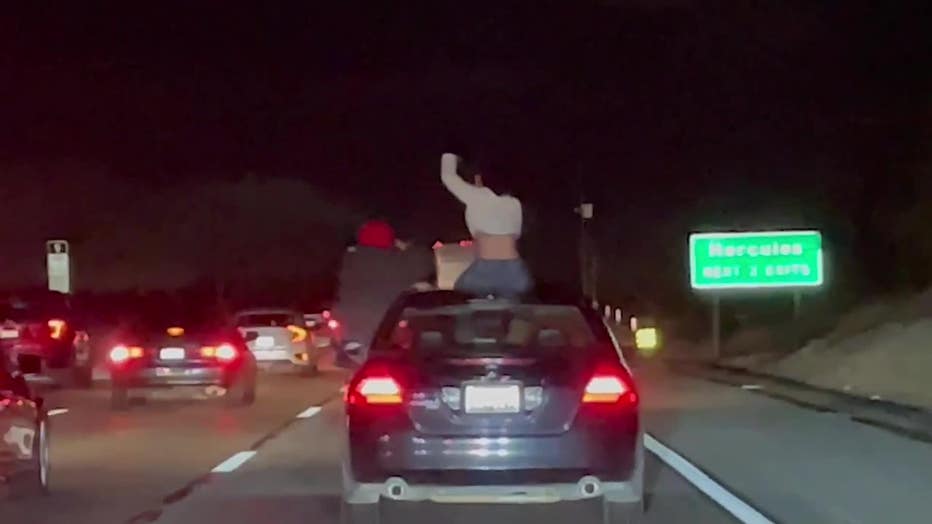 A young woman rides out of the roof of a car after a sideshow. November 2022 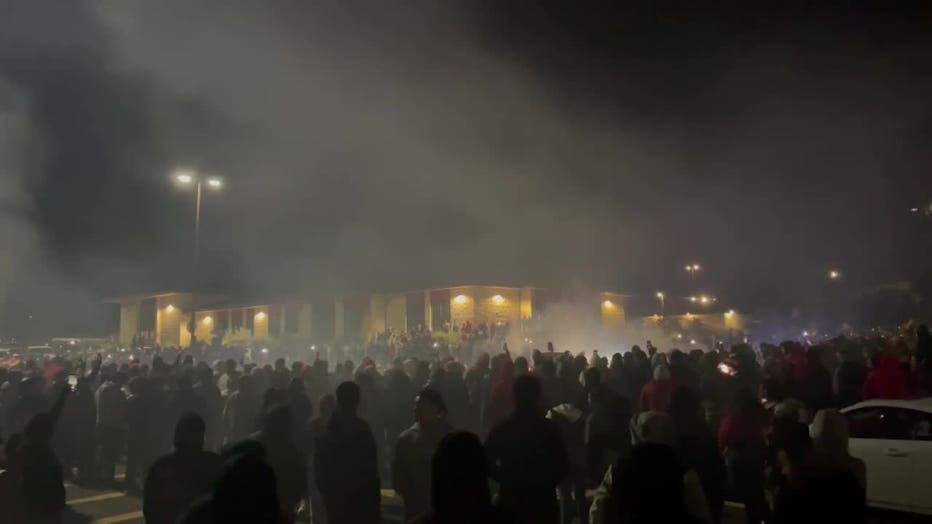 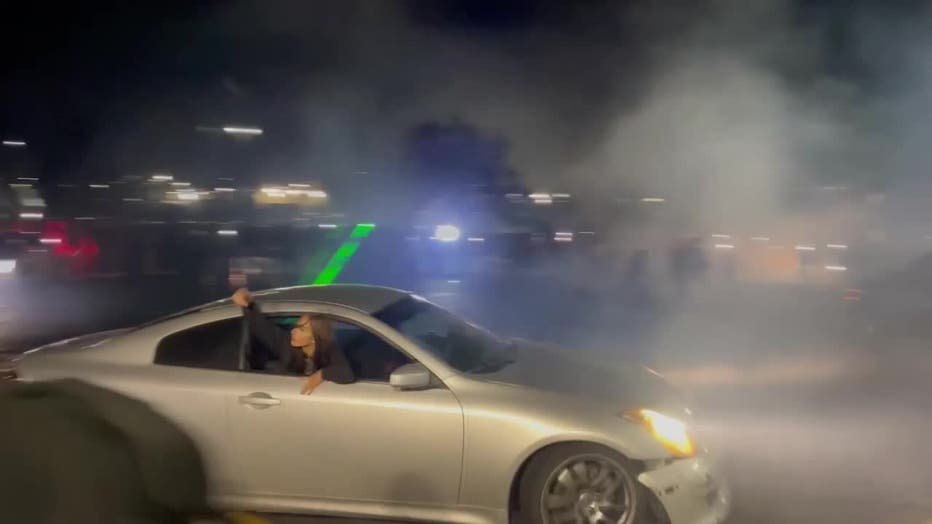 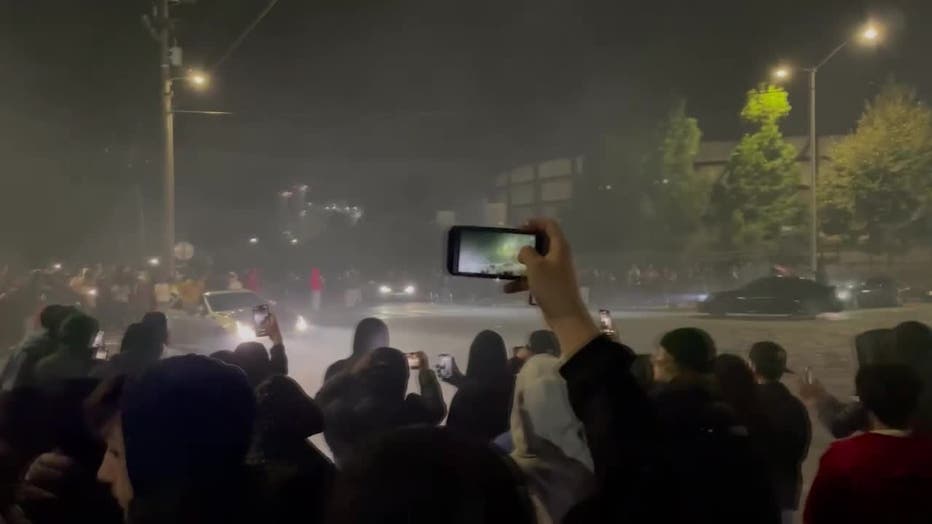 Spectators take pictures at a sideshow in Hayward. 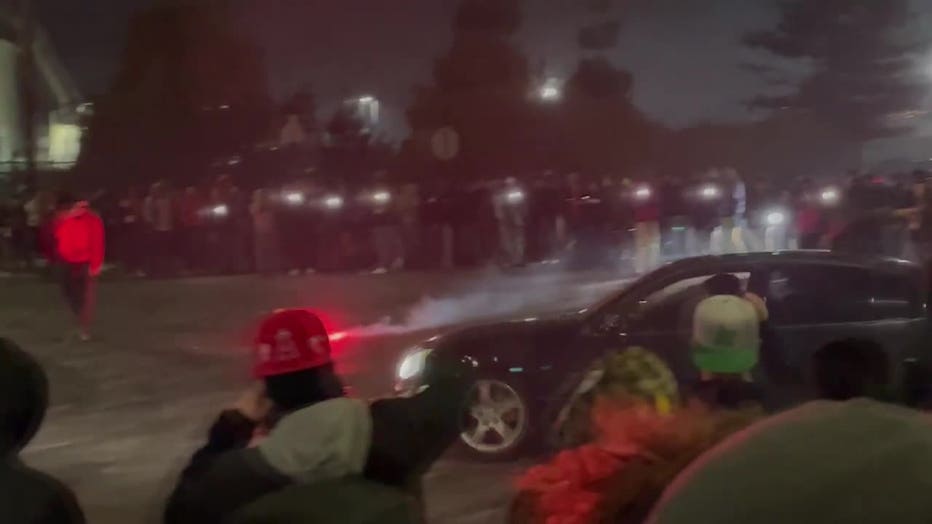 Cars gather an a sideshow in Hayward. 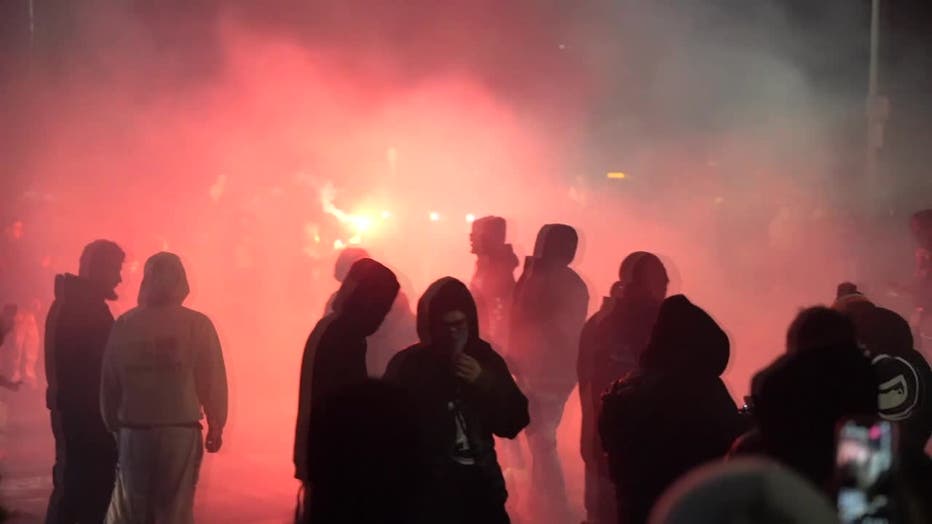 Spectators gather at an illegal sideshow near the Hayward Water Treatment Plant. Nov. 6, 2022