Sideshows in Rodeo, Richmond and Hayward

Sideshows break out in Rodeo, Richmond and Hayward over the weekend.

VALLEJO, Calif., - Police in Vallejo said they interrupted a sideshow with approximately 300 cars on Saturday night.

Video from the event shows scores of people gathered around an intersection as drivers did donuts while a passenger in the car appears to film video out of the passenger side window.

The video also shows lasers being pointer toward the cars. 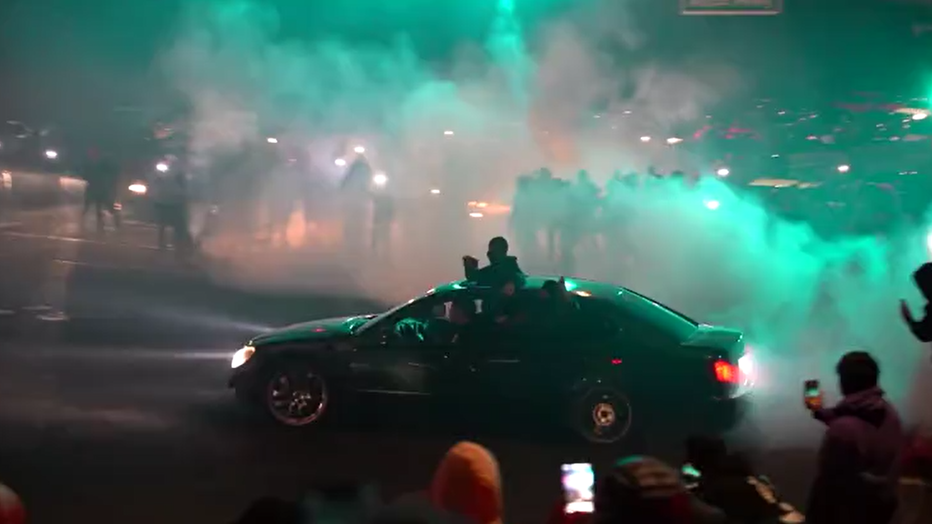