Sunday storms lead to Monday clean up across the Bay Area

A series of storms hit neighborhoods all across the Bay Area on Sunday. The storms left many fallen trees in the path now residents are working to get everything cleaned up.

San Jose, CA - Cleanup form a series of Sunday storms was underway on Monday in the South Bay. In San Jose, the sound of chainsaws is the familiar sound of recovery.

"Trees been here. Never had any issues. And you know, it’s the worst nightmare," said homeowner Joe Amato.

Although it’s still technically Summer, Sunday’s mid-September soaker softened parched soil. The softened soil caused Amato's long-standing front yard tree to fall and land on his roof just as he was about to leave for the San Francisco 49ers game.

"There was a loud shake. Ran outside, and holy smokes, the whole tree is laying on the house," said Amato.

Amato says luckily the tree did no damage to his room.

"Thank God for this fence we put in maybe a year ago. It took the brunt of the fall. We were lucky," said Amato. 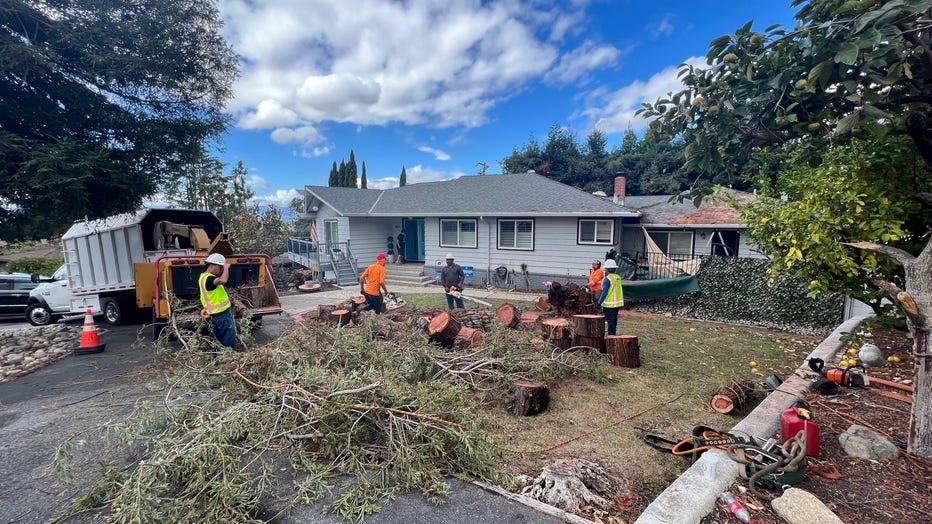 Officials with the San Jose Dept. of Transportation said so far, there are 13 incidents of falling trees or tree limbs associated with Sunday’s storm. The sites are spread from the east Foothills to downtown; Piedmont Hills in the east, to neighborhoods in West San Jose.

Officials say clogged storm drains have also been an issue, resulting in localized flooding on some streets.

"It did not catch us off guard, though it’s sooner than usual," said Colin Heyne, a dept. spokesman.

He said the city turned attention to sever weather prep back in July, in preparation for rainy season.

After the most recent bout of rain, Heyne said homeowners should inspect suspect trees on their property and elsewhere.

"If they haven’t had them pruned in several years, it’s probably time to get a professional out to take a look," Heyne said. "We recommend you contact a certified arborist and have them take a look and see if it’s time to prune."