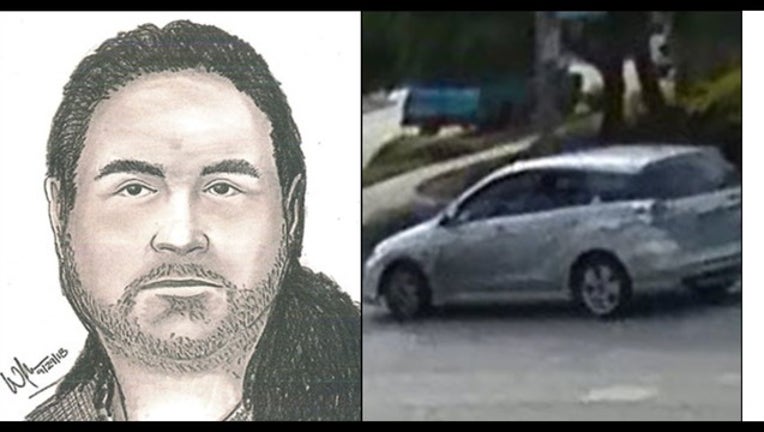 San Jose police released these images and is asking for the public's help identifying a man who allegedly exposed himself to three people in South San Jose at different times. Photo: SJPD

SAN JOSE, Calif. (BCN) - San Jose police are asking for the public's help in identifying a man who allegedly exposed himself to three people in South San Jose at different times between late September and mid-October.

Police said the indecent exposures occurred late in the afternoon in the area of Parkview Park. He would allegedly pull over to the side of the road, ask the victims for directions and then expose himself before driving away, according to police.

A sketch has been released of the suspect, described as a Hispanic or Samoan man between 20-39 years old who has a medium to heavy build, black or brown hair in a ponytail and a thick black or brown mustache and beard. He was seen wearing a two-tone shirt, dark khaki pants and black wrap-around glasses.

Police also released a photo of the suspect's vehicle, described as a late-model, silver-hatchback Toyota Matrix or similar vehicle, with an "M" on the front windshield and several bumper stickers on the rear bumper.