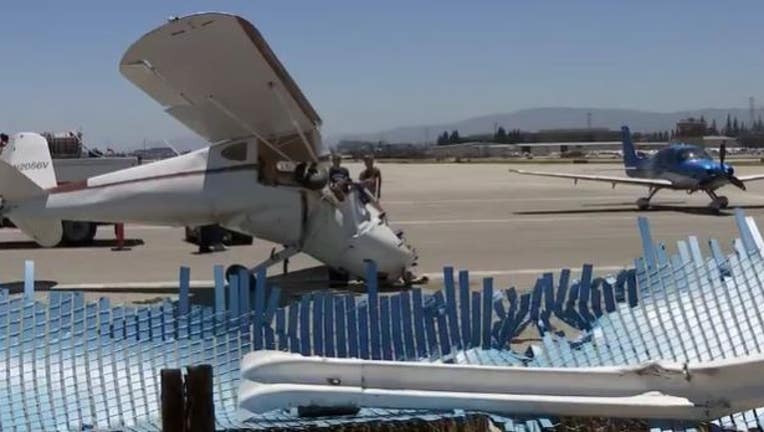 The crash happened around 10:45 a.m., said the Federal Aviation Administration.

Authorities said a pilot and another person were on board the single-engine Cessna 120. San Mateo County sheriff's deputies welfare checked both the pilot and co-pilot, both of which suffered minor injuries. Neither requested medical treatment.

The FAA and the National Transportation Safety Board will investigate and determine the cause of the crash.