Officials are inflating the dam early due to the lack of rainfall in February.

SONOMA COUNTY, Calif. - The Sonoma County Water Agency has begun inflating its rubber dam on the Russian River near Forestville in response to a month of dry weather, officials said Friday.

The rubber dam, typically inflated in spring or early summer when demand for potable water increases, is being put to use now because of the lack of measurable rainfall in February and warm temperatures, coupled with increased water demand at a time when the river is relatively low.

"When fully inflated, the rubber dam creates a small pool of water from which Sonoma Water draws water for use in four off-stream infiltration ponds," the agency said in a news release. "The infiltration ponds help recharge groundwater, which is naturally filtered through sand and gravel and delivered to Sonoma Water's customers."

The dam is just downstream of the Wohler Bridge on the Russian River and boaters are being advised that they must portage around it. Public recreation is not allowed on or near the dam and notices will be posted.

California Department of Fish and Wildlife regulations prohibit fishing within 250 feet of the upstream and downstream sides of the dam.

"When the rubber dam is raised, permanent fish ladders provide fish passage and allow Sonoma Water to count the migration of adult salmon and steelhead with its underwater video system located in the fish ladders," the agency said.

The agency provides water to more than 600,000 residents in parts of Sonoma and Marin counties. 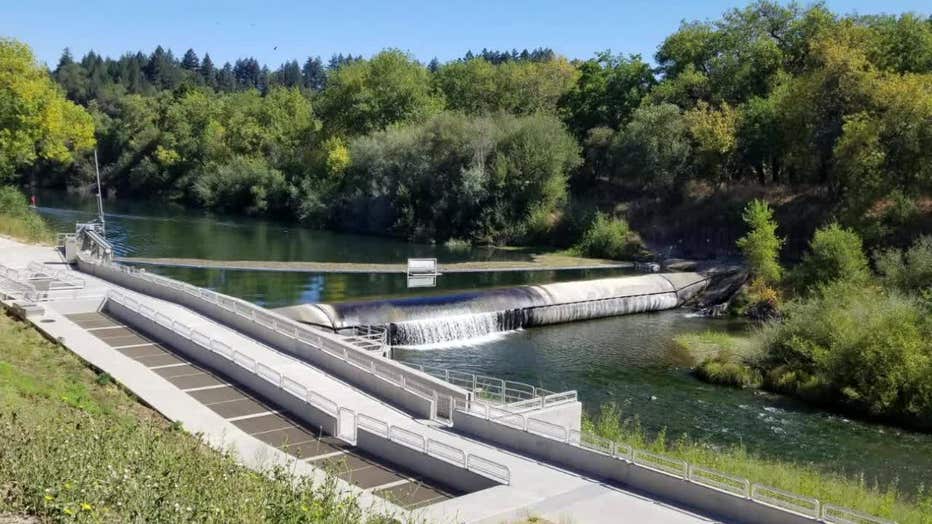