The plan could affect 38,000 customers in the South Bay primarily in the eastern foothills and South San Jose. The city sent out emergency text alerts Tuesday as residents make last-minute preparations.

“You don't really think it's going to happen but the winds are heading this way so it's time to get prepared,” said Noel Bilodeau of San Jose.

At the Ace Hardware on the Alameda in San Jose, Bilodeau is making a last-minute trip stocking up on flashlights, lanterns and water hours before PG&E’s longest planned outage ever.

“It’s the duration of the shutdown that's concerning to me,” said Bilodeau. “If it takes five to seven days to get the infrastructure back up and running, that's a big concern on how people are going to function.”

The store on the Alameda and other Ace Hardwares have been inundated with requests for generators. Most places are sold out. 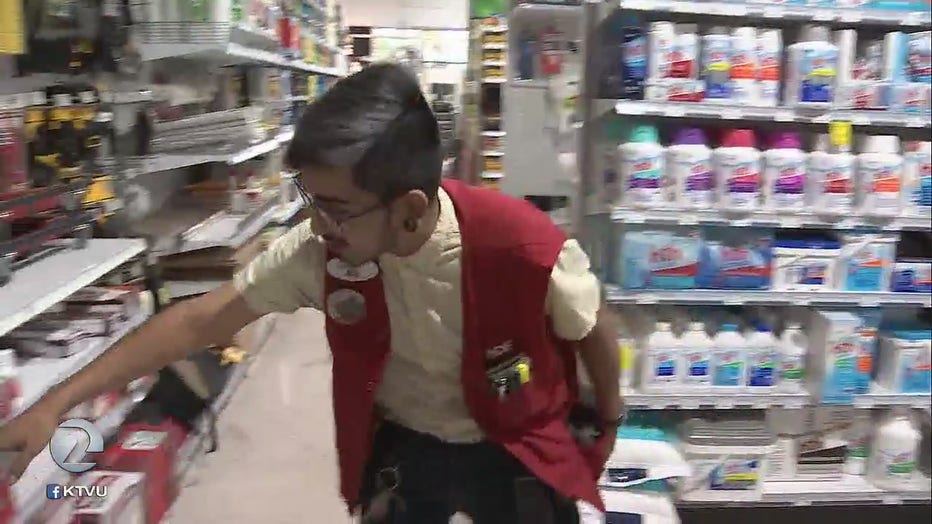 An employee checks on the store's stock ahead of power shutoffs in the South Bay.

“We are almost certain to have a power shutoff and it will certainly take place sometime tomorrow,” said San Jose Deputy City Manager Kip Harkness.

At a press briefing on Tuesday, city officials announced the opening of three community resource centers: Mayfair, Camden, and Southside. The centers will be open all day Wednesday as well as Avaya Stadium where residents can get information, water, air conditioning and access to charging stations.

The city warns traffic could be a nightmare with signals out.

“Traffic will be bad,” said Harkness. “The best thing to do is make sure travel is only the vital travel. The four-way stop especially at those large intersections is going to be very difficult and slow things down.”

After the winds die down, it doesn't mean the power will go back on as PG&E inspects its equipment before it fully restores power. City officials said power could be out for several days.

“Between the two days of the wind event, five days later, you can expect we may not have power for up to seven days,” said Ray Riorden, Director of Office Emergency Management.

The Alum Rock Union School District announced classes will be canceled Wednesday and Thursday. The San Jose Unified School notified parents some of its schools in Almaden could lose power but will remain open.