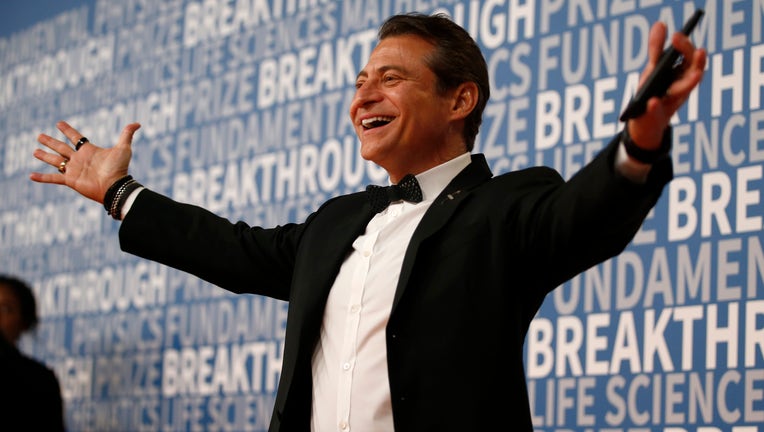 Dr. Peter Diamandis, founder and executive chairman of XPRIZE Foundation, poses for a picture on the red carpet for the 6th annual 2018 Breakthrough Prizes at Moffett Federal Airfield, Hangar One in Mountain View, Calif., on Sunday, Dec. 3, 2017. (Nh

CULVER CITY, Calif. - XPrize founder Peter Diamandis thought he could hold a conference in an "immunity bubble" in the middle of California’s COVID-19 surge last month but instead created a superspreader event that infected attendees, staff and himself.

"I was wrong," Diamandis wrote in a Feb. 12 blog post that detailed the implications of a false sense of security created by negative test results that may lower vigilance and his conclusion that face masks and distancing really are effective.

It was a humbling admission for Diamandis, a high-profile entrepreneur who has degrees in science, engineering and medicine, and came to fame with the original XPrize for the first privately developed manned spaceflights that promoted space tourism.

Diamandis wrote that "it is a story of what questions remain to be answered about the accuracy of testing before we can safely return to work, travel, relax in small groups, or see our kids off to school."

Diamandis said that for the past nine years he has run a conference called Abundance 360 that draws about 400 entrepreneurs and corporate executives to discuss "exponential technologies."

The January 2021 event was scheduled for a Los Angeles hotel. But the pandemic prevented that, so he organized a virtual conference originating from XPrize offices in suburban Culver City that were turned into a TV studio with a professional production crew.

Diamandis said he was inundated with requests from members who wanted to attend in person and finally decided that a small number could be present under a protocol mandating repeated polymerase chain reaction, or PCR, testing.

Everyone had to be tested 72 hours prior to arrival and forward results. They were tested on arrival Jan. 23, and a second swab was taken from attendees and all support staff for laboratory confirmation. All were tested again every morning during the event. In addition, he said, there were at least four licensed doctors on-site at all times to support COVID safety.

Members were asked to wear masks between venues and until receiving negative PCR test results, but they were not required all the time at the studio, Diamandis said.

A total of 452 tests were collected over four days. Diamandis said one positive result was detected before arrival and that person was not admitted, but the remaining 451 tests were negative. He noted that a member who had previously tested positive with an antigen test was tested again with a PCR test that came up negative.

"As a result, we felt awesome, we felt safe. But I was wrong," Diamandis wrote.

Ultimately, 12 of 30 Abundance 360 members, four of nine Abundance 360 faculty and five of 10 staff contracted COVID-19. There were no cases among the 35 members of the professional audio-visual team who wore masks the entire time and isolated in a corner of the office.

There were immediate notifications, requests for quarantining and arrangements for contact tracing, retesting and medical care, Diamandis said.

None of the cases became serious, and "virtually all have fully recovered," Diamandis said in a statement to the Los Angeles Times.

Culver City Assistant City Manager Jesse Mays said in a statement to the Times that the event probably violated coronavirus orders and efforts including legal action to stop it could have been taken if the city had known about it.

Mays said the city is focused on prevention and education, and there were no plans for a fine after the fact.

The original XPrize — later dubbed the Ansari XPrize — was a $10 million award offered in 1996 for the first privately financed spacecraft capable of carrying three people to reach an altitude of at least 62.1 miles (100 kilometers) twice in two weeks. It was won by the creators of SpaceShipOne in 2004.