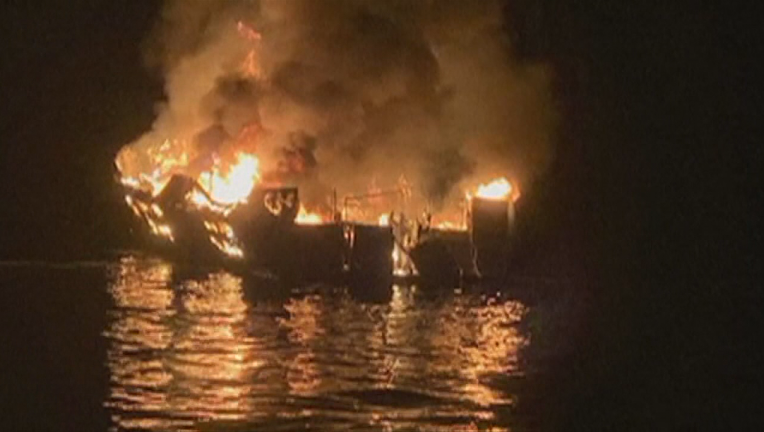 LOS ANGELES - The owner of a scuba diving boat that burned and sank off the California coast, killing 34 people, has sold off his two remaining vessels.

Glen Fritzler of Truth Aquatics Inc. sold the dive boats to Channel Islands Expeditions, which was listed as the owner as of Dec. 9, the Los Angeles Times reported Thursday.

Fritzler and his family "are not involved in any way" with the newly formed company, which intends to operate the boats Vision and Truth in the waters off of the Channel Islands and elsewhere in California, fleet operation officer Joel Mulder told the Times.

"We are making all the safety improvements in preparation, and we’re working with the Coast Guard," he said.

The dive boat Conception was off the Channel Islands when a fire broke out on Sept. 2, 2019, killing a crew member and all of the passengers in the bunkroom below deck.

Officials said they were trapped by flames that blocked a stairwell and a small hatch that were the only exits. All died of smoke inhalation, according to coroner’s reports.

The captain has pleaded not guilty to 34 counts of seaman’s manslaughter. Jerry Boylan is accused of "misconduct, negligence and inattention" by failing to train his crew, conduct fire drills and have a roving night watchman on the boat when the fire ignited.

Fritzler and Truth Aquatics haven't been charged with a crime. But they are facing wrongful death lawsuits filed by families of those who died.

Jennifer Fiore, an attorney representing two of the families, told the Times that it's believed the dive boats were being sold to help pay for Fritzler's legal defense.

Hilary Potashner, one of Fritzler's attorneys, declined to comment to the Times about the sale because of the lawsuits.

Truth Aquatics had sued in federal court under a provision in maritime law to avoid payouts to the families of the victims.

However, attorney John R. Hillsman, who represents six families, told the Times that Truth Aquatics agreed to pause that lawsuit, allowing the families to proceed with their lawsuits in Los Angeles Superior Court.

After those cases are completed, a federal judge will decide whether the company can legally limit its liability, Hillsman said.