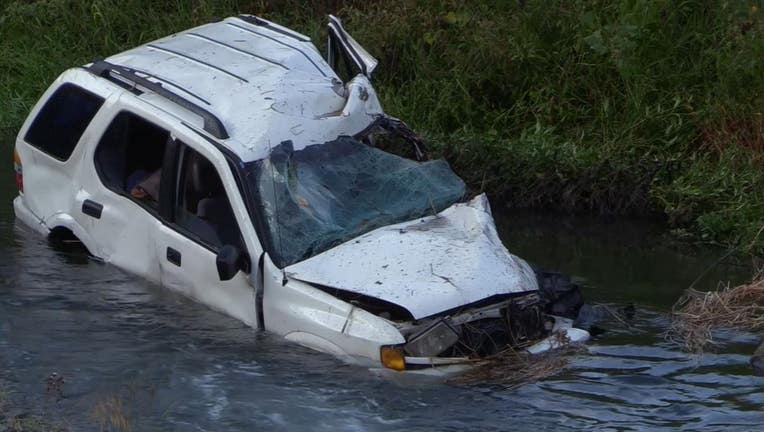 SAN JOSE, Calif. - First responders are at the scene of a fatal traffic collision involving one vehicle that ended up in San Jose's Guadalupe River Thursday evening.

Police said a Honda CRV was traveling eastbound on Airport Boulevard at a high rate of speed at around 6:15 p.m. when the driver lost control and struck a tree.

First responders are at the scene of a fatal traffic collision involving one vehicle that ended up in&nbsp;San Jose's&nbsp;Guadalupe River Thursday evening.&nbsp;

The badly-damaged vehicle came to rest in the river near Coleman Avenue, police said. Paramedics pronounced the driver dead at the scene. They were the vehicle's only occupant.

First responders taped the surrounding area to investigate. Missing tree bark was visible from the collision and remnants of the Honda lay on the grass.

As a result of the investigation, Guadalupe Bike Trail has been shut down.

The victim's identity will be released by the Santa Clara County Coroner’s Office after it is confirmed and next of kin is notified.

Police said this is the city's 31st traffic fatality of the year.