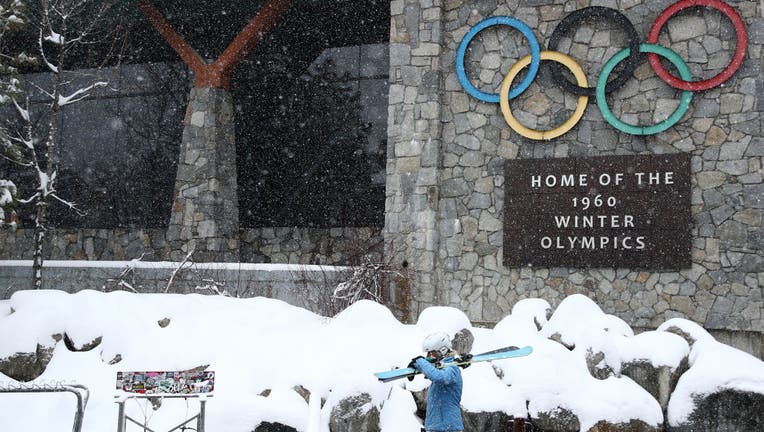 OLYMPIC VALLEY, CALIFORNIA - MARCH 14: A skier leaves for the day at Squaw Valley Resort on March 14, 2020 in Olympic Valley, California Alterra Mountain Company, which owns Squaw Valley Resort, will suspend operations at all 15 of their North Americ

RENO, Nev. - A California appeals court has blocked the expansion of Lake Tahoe’s famed Squaw Valley ski resort because the development plan fails to adequately address potential harm to air and water quality, as well as increased noise levels and traffic in the area.

A three-judge panel of California’s Third District Court of Appeals granted parts of two appeals brought by Sierra Watch. It reversed a state judge’s 2018 ruling and ordered the lower court in Placer County to issue a new ruling specifying additional actions the resort must take to ensure the new development complies with the California Environmental Quality Act.

In addition to other concerns, the panel said Tuesday existing plans fail to adequately address climate change or impacts on regional wildfire evacuation plans surrounding the site of the 1960 Winter Olympics.

Opponents say the development planned across 94 acres (38 hectares) would double the population of Olympic Valley 6 miles (10 kilometers) north of Tahoe City, California. They say 40% of the new traffic generated will travel into the lake’s basin, increasing the amount of sediment transported to the lake and raising nitrate emissions — two major threats to Tahoe’s world-renowned clarity.

Alterra Mountain Co., Denver-based owner of Squaw Valley, wants to build 850 units in a series of high-rise condo hotels in what is now the parking lot of the ski resort. The expansion includes plans for a rollercoaster and a 90,000-square-foot (8,361-square-meter) indoor waterpark. 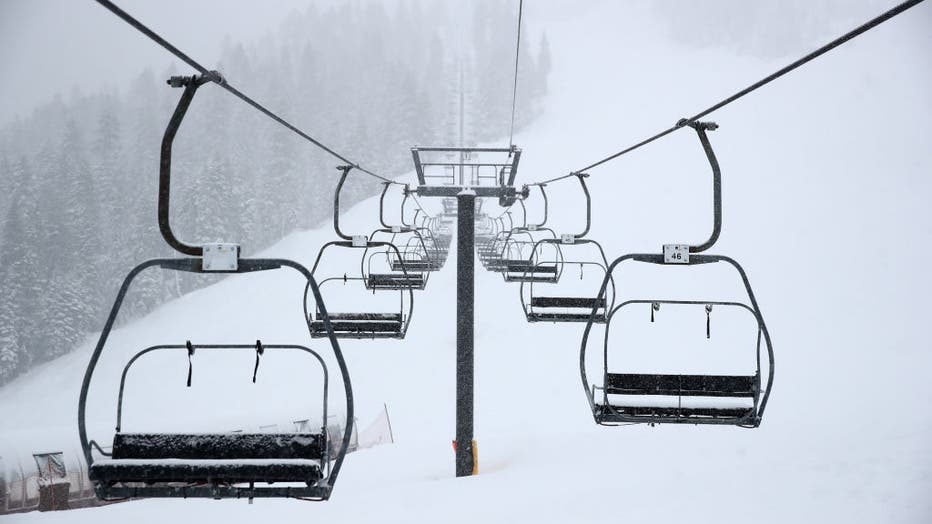 OLYMPIC VALLEY, CALIFORNIA - MARCH 14: A view of empty ski chair lift at Squaw Valley Resort on March 14, 2020 in Olympic Valley, California Alterra Mountain Company, which owns Squaw Valley Resort, will suspend operations at all 15 of their North Am

"Alterra was hell-bent on bringing Vegas-style excess to the mountains of Tahoe," Mooers said. "It was a direct threat to everything we love about the Sierra."

In the second related appeal, they agreed with Sierra Watch’s argument that Placer County’s Board of Supervisors violated public meetings requirements when it approved parts of the expansion plans. But it stopped short of vacating the county’s action and instead instructed the lower court to issue a new ruling addressing the conservation group’s concerns.

Dee Byrne, Squaw Valley Alpine Meadows president and COO, said in a statement emailed to The Associated Press Wednesday night that they are disappointed in the ruling but noted it upheld most of the environmental review attached to the development plan.

"We are committed to carrying out a responsible development in the valley, one that brings higher-paying jobs, increased tax revenue, more affordable housing and millions in future investment in support of conservation and transit to Olympic Valley and the region," she said.

The county’s 2016 review approved by a state judge concluded the expansion would add an average of 1,353 daily car trips — an additional 23,842 vehicle travel miles on busy days. It acknowledged it could take more than 10 hours to evacuate via the single access road during a wildfire.

The appellate court’s 53-page ruling noted that the developer had argued that the ski resort lies outside the Lake Tahoe Basin and that the expansion project "would not result in storm-water runoff or other pollutants draining into the lake."

But it said the county admitted after the formal approval of the environmental impact report attached to the formal expansion plans that increased vehicle miles traveled contribute to pollution of the lake.

The county "acknowledged the connection between vehicle miles traveled and Tahoe’s clarity after the final Environmental Impact Report was prepared, revealing six days before the board of supervisors approved the project that increased (vehicle miles traveled) and its related effects — tailpipe emissions and crushed abrasives — have a direct role in lake clarity," Tuesday’s ruling said.

The court also agreed with Sierra Watch’s argument that the impact report underestimated wildfire evacuation times by wrongly assuming emergency responders would provide traffic control at key intersections in the narrow, forested canyon along the Truckee River leading to Interstate 80.

Squaw Valley attempted "to downplay" the issue by noting the fire chief ultimately supported the evacuation plan prepared for the project, the court said. But the report itself continued to present "a misleading estimation of evacuation times that prevented informed decision-making."