Lawmakers getting close to funding deadline to avoid US default

NEW YORK - Stocks were broadly higher on Wall Street Wednesday afternoon after the Federal Reserve signaled it may begin easing its extraordinary support measures for the economy later this year.

In a statement issued at 2 p.m. Eastern, the central bank said it may start raising its benchmark interest rate sometime next year, earlier than it envisioned three months ago.

The Fed also said it will likely begin slowing the pace of its monthly bond purchases "soon" if the economy keeps improving. It's been buying the bonds to help keep long-term interest rates low.

The yield on the 10-year Treasury note rose to 1.33% from 1.32% late Tuesday. The yield, which influences interest rates on mortgages and other consumer loans, initially slipped to 1.30% after the Fed statement was released. 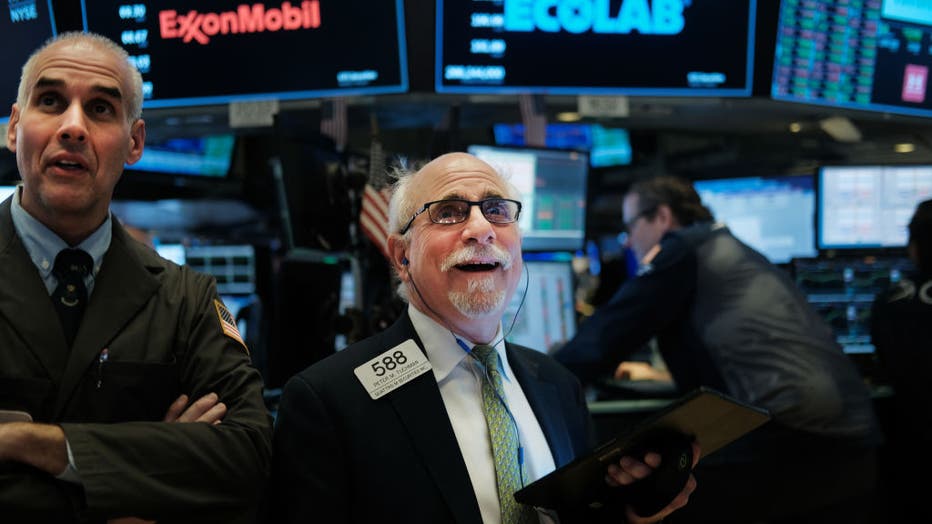 "We expect further clarity in the coming months as the Fed divulges the details for tapering the bond purchase program and adjusts the pace of unwinding as they see fit," said Charlie Ripley, senior investment strategist for Allianz Investment Management.

"While the latter may cause some angst amongst investors over the short run, preparing to unwind the emergency monetary stimulus measures that have been in place for the last year-and-a-half is highly appropriate at this juncture," Ripley said.

Wall Street has been trying to gauge how the slowdown in the economic recovery will affect the Fed’s decision-making process. The broader market has been choppy as that question lingers amid rising cases of COVID-19 because of the highly contagious delta variant.

History doesn’t offer a great guide for how markets will react to the Fed’s easing its support for the economy, mostly because it’s been such a rare occurrence. But the market’s movements around them can seem counterintuitive.

Consider the summer of 2013, when Treasury yields jumped sharply after the Fed’s chair at the time hinted it may begin slowing its bond-buying program. Investors were taken by surprise and assumed rate increases would also quickly follow. That drove the yield on the 10-year Treasury up to 3% from less than 2.20% within three months.

But after the Fed’s official announcement that it would taper its purchases finally arrived in December, the 10-year yield quickly made a U-turn and began falling again. That’s even though the Fed was reducing its support for a program meant to keep rates low. Analysts say that shows how much power the Fed has through signaling: a taper can mean less help is on the way for the economy, which can mean slower growth and inflation.

Through all the bond market’s turmoil of 2013, stock prices remained relatively steady.

What makes this situation different from 2013 is the bond market hasn’t had a taper tantrum. The 10-year yield has been relatively steady between 1.20% and 1.30% since July, after falling from 1.70% in March. Powell has repeatedly stressed how gradual the Fed will be in moving from tapering its bond purchases to raising interest rates.

More than 90% of stocks in the S&P 500 index rose. Technology stocks, banks and companies that rely on direct consumer spending accounted for much of the gains. Communication and utilities stocks fell.

Netflix jumped 3% after the streaming entertainment service acquired the works of Roald Dahl, the late British author of celebrated children’s books such as "Charlie and the Chocolate Factory."

Facebook fell 4.1% and tempered gains for communications stocks after the social network told advertisers in a blog post that it has been underreporting web conversions by Apple mobile device users by roughly 15% following changes to Apple's operating system.

FedEx slumped 8.9%, the biggest decline among S&P 500 stocks, after it reported sharply higher costs even as demand for shipping increased. A wide range of industrial and other companies have been dealing with higher costs because of a mix of labor and supply chain problems.

Meanwhile, Wall Street may have reason to feel less worried about heavily indebted Chinese real estate developers and the damage they could do if they default and send ripple effects through markets. Evergrande, one of China’s biggest private sector conglomerates, said it will make a payment due Thursday, potentially easing some of those concerns.