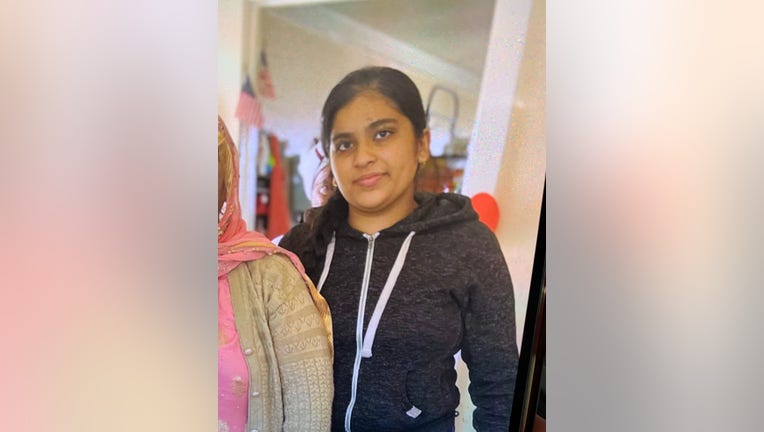 Berkeley police asked the public to help locate 15-year-old Pooja Nafri who was last seen around midnight on July 20, 2021.

BERKELEY, Calif. - Berkeley police arrested a 25-year-old man in Stockton after finding a missing Berkeley teen at his home, police said on Wednesday.

Pooja Nafri was reported missing on Tuesday and was last seen in southwest Berkeley.

Detectives learned that Nafri was possibly with a 25-year-old man from Stockton during the investigation and obtained a search warrant for his home, official said.

Police found the teen in the suspect's home on Wednesday.

Upon investigations, the suspect was arrested on suspicion of child stealing, arranging/meeting with a minor for lewd and lascivious behavior, and statutory rape, according to police statements.

The police did not specify the teen's relationship with the suspect.