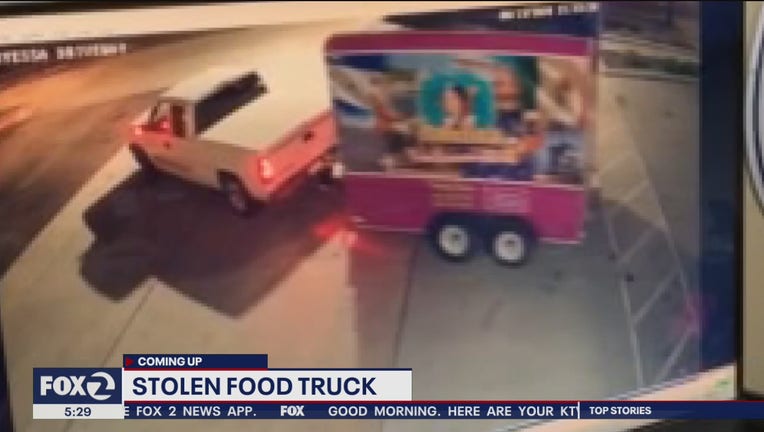 Last Sunday night, surveillance video captured two people in a white pick-up truck seamlessly tow the truck away with a hitch and drive off.

SAN JOSE, Calif. - A food truck stolen from the South Bay several weeks ago has now been returned to the owners.

The Adelita Cocina food truck was taken from a Chevron parking lot in San Jose, but on Tuesday, police said the trailer was located in Merced County.

The detectives who found the truck towed it more than 70 miles back to Juana Ayala and her husband, who were excited to have it returned.

They showed photos, however, of the trailer, which had been repainted is now basically inoperable because most of the appliances were taken inside.

The family said that they will use whatever GoFundMe money they have raised to fix it up.