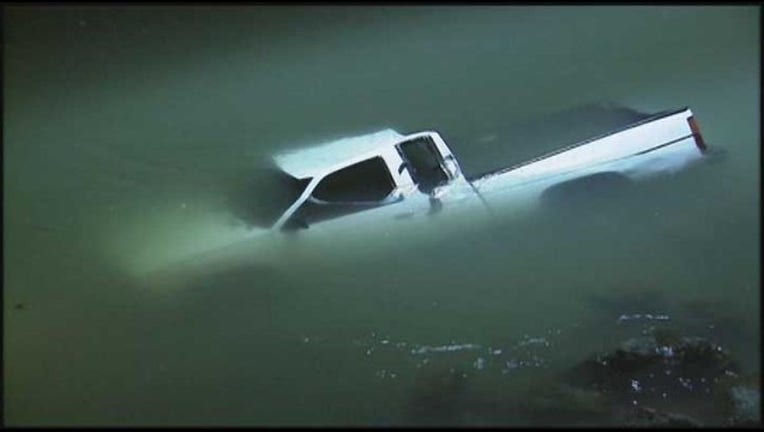 OAKLAND, Calif. (KTVU) – A stolen truck was discovered partially submerged in the Oakland-Alameda Estuary early Tuesday, but were no signs of any occupants, authorities said.

Scott Hellige of the Oakland Fire Department said it appeared that whoever stole the truck had fled the scene.

"It's in swallow water," he said. "We searched the vehicle and there were no occupants. It seems pretty elementary."

A 911 call reported the white pickup truck in the water near the Fruitvale Bridge that connects Oakland and Alameda.

Crews quickly pulled the vehicle from the water to eliminate the threat of leaking fuel to the waterway.