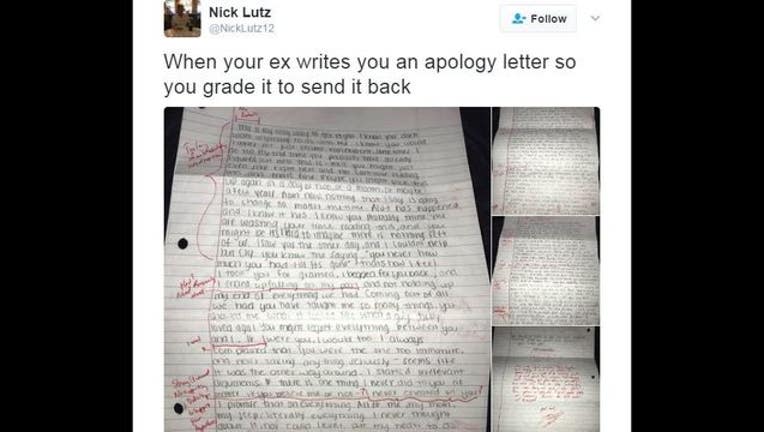 (FOX 26) - A 20-year-old college student received a four-page letter from his ex-girlfriend apologizing for the way their relationship ended.

Instead of writing her back, Nick Lutz grabbed a red pen and marked her paper up.

Lutz tweeted the now-viral photos of each page of the letter with the caption,"When your ex writes you an apology letter so you grade it to send it back."

He didn't go easy on her -- calling out her "useless fillers," lack of "supporting details" and even her "lackadaisical" handwriting.

To summarize his thoughts on the paper he wrote,

In a tweet to a user who inquired whether or not his ex-girlfriend submitted a revision, Lutz replied, "she is okay with her grade."

@family_julesz she is okay with her grade