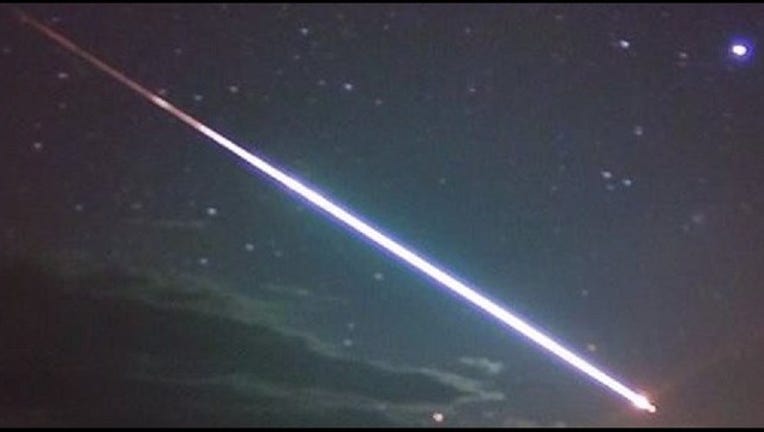 It's an incredible image – the bright tail of a meteor streaking across the clear night sky above Scotland's Loch Ness. The image, which has been trending online, was an "absolute fluke," according to John Alasdair Macdonald, a tour guide based in the Scottish Highlands, who captured the rare shot.

Macdonald told the Independent that he headed outside Monday night with his Sony RX100 compact camera to take shots of what he described as a beautiful evening. While walking, he noticed the meteor shooting across the sky.

"As my wife said, it was just sheer dumb luck," he said. "It was a complete fluke, an absolute fluke."

Macdonald offers private Highland tours through his business The Hebridean Explorer. When he posted the image to his business's Facebook page, it quickly made the social media rounds.

For Macdonald, it was a once-in-a-lifetime shot.

"I will never take a picture like that again," he told the BBC.