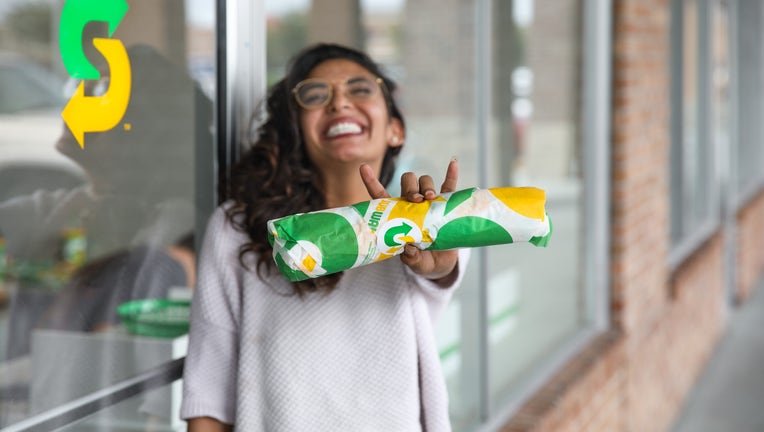 If food and tattoos are some of your favorite things, a popular fast food franchise may just have the deal for you.

Subway is offering sandwich deals to nine lucky fans who are willing to get Subway tattoos — including one person who could get free food for life.

The deal is to celebrate the launch of the new Subway Series, which the company said was their "most significant menu update in its nearly 60-year history." Twelve signature subs can now be ordered by name or number instead of the traditional customization method.

Now, several people have a chance to make these Subway sandwiches a fixed part of their diet.

Depending on the size and location of the tattoo, fans can earn:

Subway is holding a block party in Las Vegas on Wednesday, July 27 for those wishing to seal the deal.

Nine tattoos are available from two-time Ink Master Champion DJ Tambe or a member of his team at Bad Apple Tattoo.

Only one tattoo of the footlong sub is available, which means only one person can snag free sandwiches for life. Eight tattoos in either of the smaller sizes are available.

For those not getting tattoos, Subway's block party promises plenty of fun in the shade, including free 6-inch sandwiches from the new menu, a DJ and dance floor, a graffiti artist creating a mural throughout the day and more.