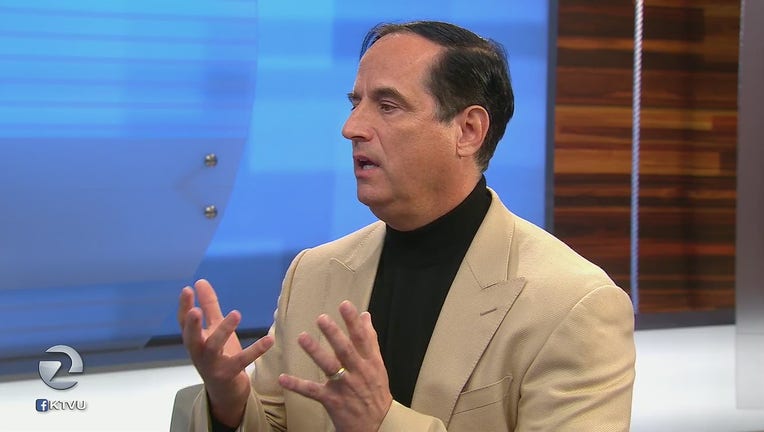 SAN FRANCISCO - The president of a Sunnyvale biotechnology company has been charged in federal court in San Francisco with two fraud counts in connection with allegedly false and misleading statements promoting allergy and COVID-19 tests, federal prosecutors said on Tuesday.

Schena, 57, of Los Gatos, is charged with one count of securities fraud and one count of conspiracy to commit health care fraud. The complaint filed under seal Monday and was unsealed Tuesday following his arrest.

The complaint alleges that beginning in early March, Schena began promoting a COVID-19 test that could be bundled with the company's existing allergy test, but had not yet developed or validated the test. It alleges that after the company developed a purported test, Schena did not disclose to potential investors that the U.S. Food and Drug Administration informed him in mid-April that the test did not meet the performance standards for emergency use authorization.

Dr. Mark Schena discusses an all encompassing allergy test on The Four

Allergies got you down? Dr. Mark Schena joins Heather Holmes on The Four to talk about the latest way to test for allergies.

Schena is also accused of making false or misleading statements in 2018 and 2019 about revenue from sales of Arrayit's allergy tests, which are conducted on a small drop of blood obtained with a finger prick.

The complaint alleges he conspired in a health care fraud that caused Medicare to pay $290,000 and insurance firms to pay $2 million for Arrayit allergy tests that were obtained through bribes or kickbacks, were medically unnecessary and/or were not provided as represented.

Assistant U.S. Attorney General Brian Benczkowski, who heads the Justice Department's Criminal Division, said in a statement, "This defendant allegedly defrauded Medicare through illegal kickbacks and bribes, and then turned to exploiting the pandemic by fraudulently promoting an unproven COVID-19 test to the market."

Arrayit Corp. did not immediately respond to a call or email seeking comment Tuesday evening.