Super Monday is the responsible way to take the Monday after the Super Bowl off work.

LOS ANGELES - Any event on a Sunday is much better knowing that you don’t have to wake up early the next day and start the work week.

In anticipation for Super Bowl LIV on Feb. 2, FOX is encouraging football fans to go ahead and take Monday, Feb. 3 off work so that they can truly enjoy their Super Bowl Sunday experience.

In 2019, the big game drew nearly 100 million viewers — and more than 17 million people missed work the next day, according to FOX. 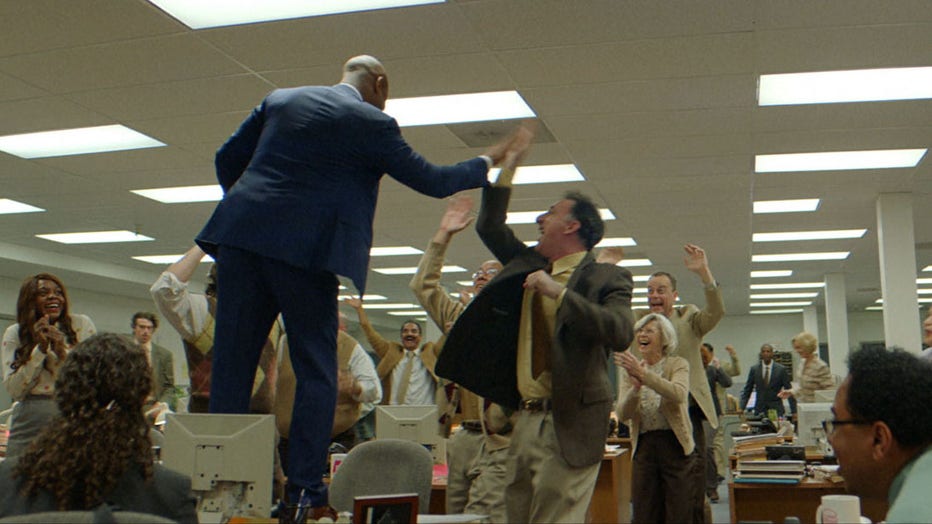 Finesse Mitchell, featured in the upcoming FOX comedy “Outmatched,” is seen as the “Mayor of Monday” enthusiastically pitching the idea of taking the day after the Super Bowl off work. (Photo credit: FOX)

“FOX is here to take that to the next level. We don't want America to call in sick, so we're encouraging them to take the day off properly, by giving their boss a heads up,” the network said of its #SuperMonday campaign.

In other words, do so “responsibly,” the network stressed.

FOX is encouraging those to take full advantage of their #SuperMonday by binge-watching all their favorite shows, including new episodes of “9-1-1: Lone Star” and “Prodigal Son.”

Not to mention, Season 3 of “The Masked Singer” also airs Feb. 2 after the Super Bowl.

“Knowing they have Monday off will facilitate a superior game-viewing experience,” FOX said in a press release.

FOX enlisted the help of actor and stand-up comedian Finesse Mitchell, who stars in the upcoming comedy “Outmatched,” to spread the word by taking on the role of the “Mayor of Monday.”

In a new promo, the mayor enthusiastically pitches the idea of taking the day after the Super Bowl off, while a character played by Paul Lieberstein (“The Office”) throws a wet blanket on the idea, explaining why it isn’t company policy.

Other FOX stars, including Will Arnett, Rob Lowe, Jason Biggs, Bellamy Young and Liv Tyler, are also set to appear in upcoming promos for the campaign telling fans what they plan to do on "Super Monday."