Police say the suspect pointed a gun at a man and demanded he hand over anything of value.

RICHMOND, Calif. - Police are searching for a suspect accused of robbing a man at gunpoint on a Richmond street, authorities said.

The victim was walking in the 12500 block of San Pablo and Clinton avenues around 5 p.m. on Monday.

Police said as the man was walking, the suspect walked toward him, exchanged pleasantries, then turned around to follow the victim for a short distance.

The suspect then approached the victim, pulled out a gun and pointed it at the man, officers said.

The suspect demanded the victim hand over his property and any cash, to which the man complied.

The victim was not injured in the incident. 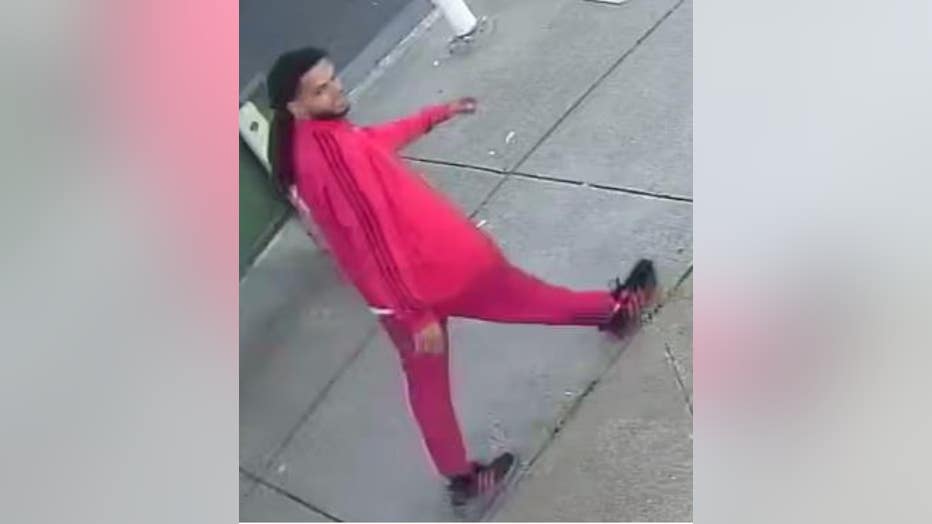 Police searching for the suspect (pictured above) involved in armed robbery in Richmond on Monday, Feb. 10. (Richmond PD)

Richmond police believe the man is connected to another incident in Oakland's Dimond district that occurred nearly five hours before on Monday. In that case, authorities said around 1:30 p.m. two suspects walked up to a man on Damuth Street as he was washing his car, and put a gun to his head.

The robbery was caught on surveillance video and shows the pair taking the man's phone, a gold necklace and a bracelet. There was a bit of a struggle, but in the end, the suspects walked off and the man was not physically hurt.

Oakland police looking for thieves who robbed man washing his car in the Dimond district.