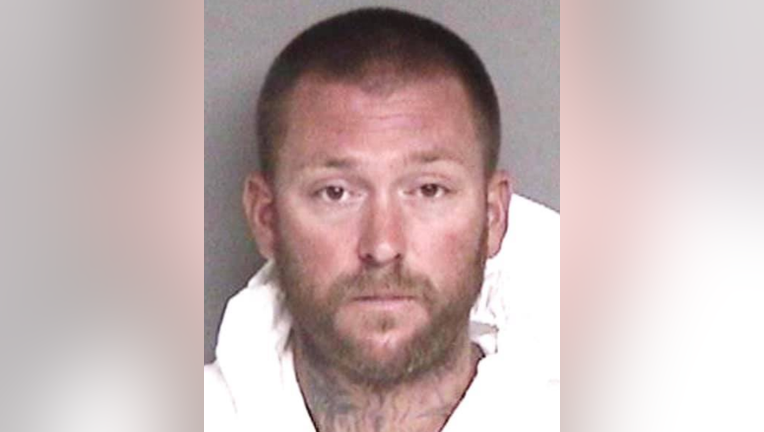 A booking photo of Gregory J. Stephens, 38, who is accused of murdering his domestic partner in Livermore. (Photo provided by Alameda County Sheriff's Office)

Stephens was arrested in the death of Kellie Henry, 51, at the house in the 9200 block of Tesla Road, according to the Alameda County Sheriff's Office.

Deputies were called about 2:22 p.m. Sunday to the home for a report of a man shooting and killing a family member.

Sheriff's Sgt. Ray Kelly said Stephens confessed the shooting to other family members who in turn called authorities. The suspect said he was also going take his own life, Kelly said.

The first deputies to arrive found Henry's body near the front door of the house with a gunshot wound. She was pronounced dead at the scene.

Members of the sheriff's office's Crisis Intervention Unit and its Special Response Unit went to the house, and crisis intervention officers made phone contact with Stephens and had several conversations with him before, at about 5:15 p.m. Sunday, he came out of the house with his hands up. He was detained without further incident.

Stephens is being held at Santa Rita Jail without bail.