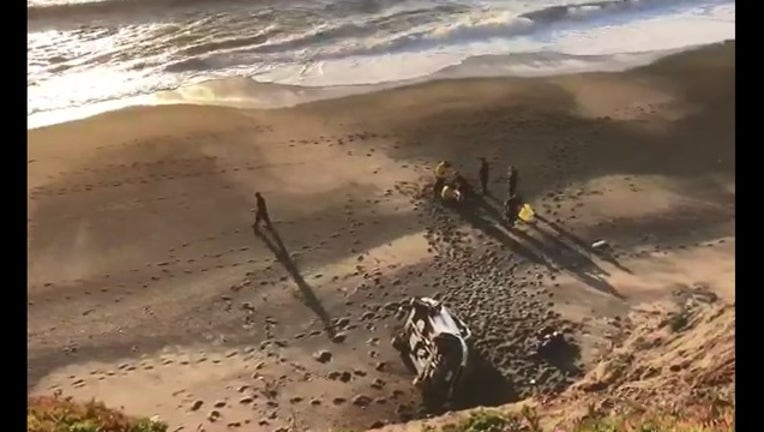 The driver's SUV could be seen overturned on the beach below.

A California Highway Patrol Helicopter landed on the beach. That moment was captured on video by Jeff Christner and then posted to Twitter.

Christner said this was on Palmetto Avenue near Westline Drive, just south of Mussel Rock and that he saw a female driver airlifted to the hospital.

There is no word on the extent of the driver's injuries.