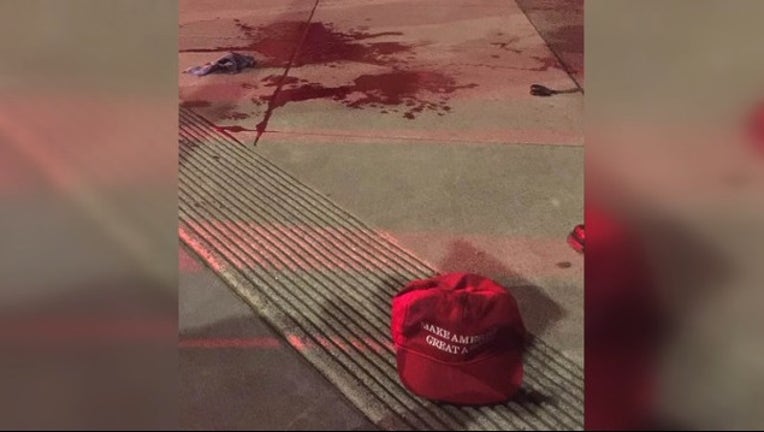 SAN FRANCISCO (KTVU) - A suspect accused of slicing another man’s hand with a sword after he had his “Make America Great Again” hat swatted off his head in San Francisco has been arrested, police said Thursday.

Leor Bergland, 30, of San Francisco, was spotted Wednesday inside a restaurant in the area of Eddy and Larkin streets by police officers with the Northern Station’s plainclothes team. He was taken into custody without incident.

The victim, a 27-year-old Man from Berkeley, was near the intersection of Fillmore and Oak streets on March 29 around 9:50 p.m. when he saw Bergland walking towards him wearing the MAGA hat Donald Trump made famous during his campaign for president in 2016.

After the Berkley man knocked the hat off the suspect’s head, Bergland pulled out a sword and sliced the victim’s hand, causing a severe cut, police said.

The bleeding man and a witness initially chased Bergland until he turned around and began advancing towards them. They stopped and ran off.

Police did not say how they identified Bergland as a suspect.

Bergland was booked into jail on suspicion of attempted murder, mayhem, aggravated assault, carrying a concealed dagger, and brandishing a weapon, according to police.