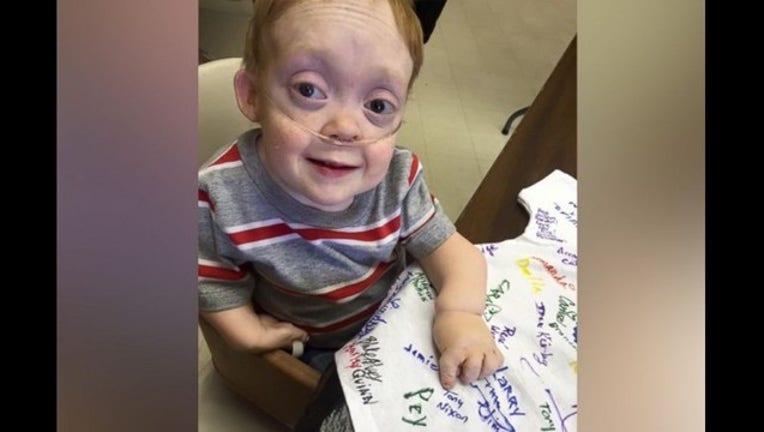 Turning 13 is a big deal for any child, but for one Texas teen with a rare disorder, it marks another survival milestone. To celebrate, he’s fundraising for the organization that’s supported him through the years, the Children’s Miracle Network.

Brenden Baker, of Abilene, Texas, has Desbuquois syndrome, a disorder that affects the development of the bone and cartilage. According to the National Institutes of Health (NIH), characteristics can include short stature with short extremities, distinctive facial characteristics and severe joint laxity. There have been only 50 cases described in medical literature, according to Orphanet.

According to Brenden's website, he is 27 inches long, weighs 24 pounds and has one of the smallest forms of dwarfism.

Since Brenden was born, the Children’s Miracle Network has supported him through Hendrick Medical Center in Abilene and for his first teenage birthday, he’s asking for donations to be made to the center in lieu of gifts.

Originally, he asked for $200, but quickly surpassed that and is now aiming higher.

A GoFundMe page for Brenden’s birthday was created. So far, more than $13,000 has been raised.