"Our officers answered a family’s prayers this morning by gifting 4 year old Gerald a new Gator after his was stolen a couple weeks ago," officers said in a Twitter post on April 24.

TEMPE, Ariz. - Tempe police officers made a little boy's day by surprising him with a new toy gator tractor after his old one was stolen earlier this month.

"Our officers answered a family’s prayers this morning by gifting 4 year old Gerald a new Gator after his was stolen a couple weeks ago," officers said in a Twitter post on April 24.

Police said Peter Philbrook, the boy's father, had posted to Facebook asking for help after the battery-powered tractor was stolen from their apartment complex. Philbrook said he and his son Gerald had bonded over it and was willing to sell whatever he could to come up with the reward money. 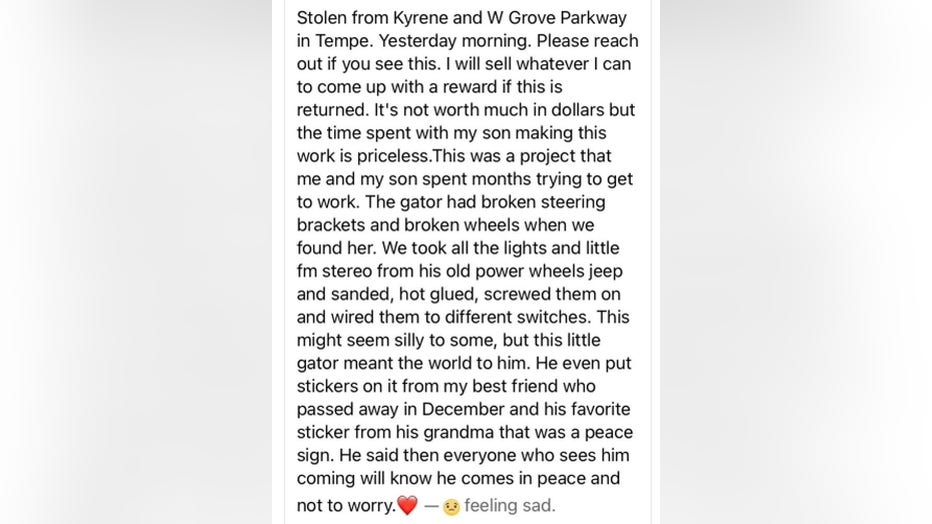 Patrol Sergeant Andrew Brooks saw the post, and after unsuccessful attempts to find the Gator, he reached out to a local Walmart and the Tempe Officer's Association to secure enough money to buy Gerald a brand new one.

"My wife said to me, 'Hey you have to take care of this dude. You have to do something,'" Brooks said.

"The video does not fully convey the abundance of joy, kindness and gratitude those present felt at that moment," officials said in a statement.

Steffanie Philbrook, Gerald’s mother, said, "It was really sad seeing him so hurt. He would draw pictures and tell stories of when he had his gator and why was it gone."

Gerald and his father found the old gator propped up on the side of a garbage can and together, they fixed it up.

"He thought he was just coming out to meet some friends at the park. Little did he know he was meeting some adult friends here to make a kid’s day," his mother said.

Brooks says just seeing Gerald smile made his day too and this will always be a very special memory.

"We deal with so many negative things in the world and there is so much negativity. Just to be able to bring some joy is awesome. It’s a good feeling," Brooks said. 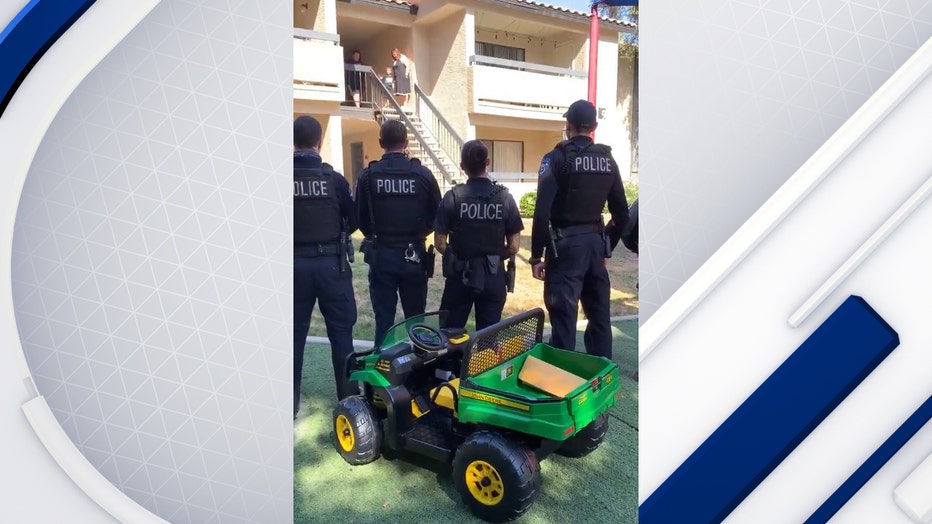 Tempe officers surprised a little boy with a new gator after his old one was stolen. (Tempe Police)

For the latest local news, download the FOX 10 News app.