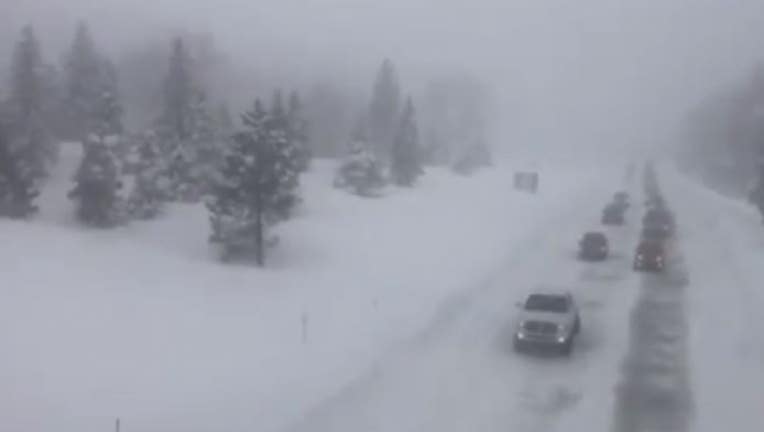 OAKLAND, Calif. - Over the river and through the woods to Grandmother’s house we go.

Watch out Bay Area, that trek might be a bit wet and snowy during Thanksgiving week.

According to Dave King, a meteorologist with the National Weather Service, a winter system is moving down from Alaska on Tuesday night into Wednesday morning.

“It could be potentially heavy,” King said of the rainfall and snowfall, which is possible at elevations as low as 7,000 feet in the Tahoe Basin and throughout the northern Sierra.

Even locations as low as 2,500 feet may receive a dusting of up to a few inches.
“Most of the models are showing widespread rain,” King said. He said many areas in the region might see up to ¾ of an inch of rain.

As for treacherous driving?

King said it was too early to tell just yet. But he did forecast that even though it likely won’t be pouring down on Thanksgiving, there will be some light rain and clouds lingering through Friday.

KTVU meteorologist Rosemary Orozco says today will be cool and foggy in the morning with temps in the 60s. The weekend will be dry and slightly warmer. Rain in the forecast next week.