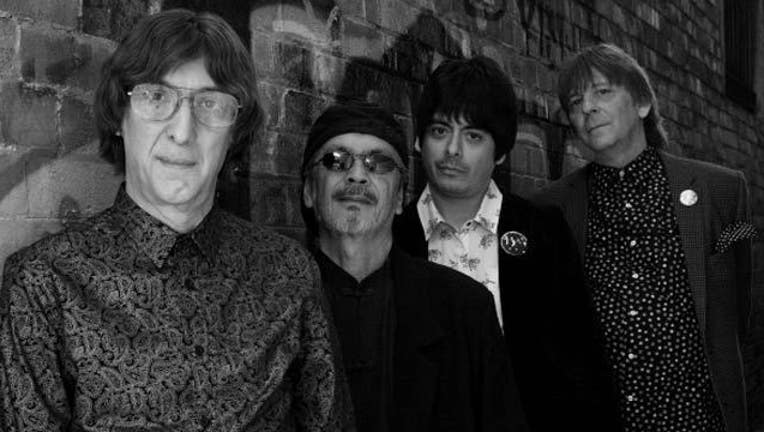 Anchored by the songwriting partnership of wildman lead singer Roy Loney and guitarist Cyril Jordan, the band embraced a mix of  '50s rock and roll (frequently covering songs by the likes of Little Richard and Eddie Cochran), feral garage-rock originals and an ear for punchy pop melodies that nodded to the British Invasion bands of the era. While they may have been out-of-step with the psychedelic sounds that dominated the era, the Groovies would endure to have just as much impact on rock as contemporaries the Grateful Dead and the Jefferson Airplane.

The band first came together in 1965, but it wasn't until they self-released their Sneakers EP in 1968 that they score a record deal with Epic. The resulting debut Supersnazz had so little commercial impact that the label dropped the group within a year of its release, but the album has become a cult classic. Embodying the same kind of joyful celebration of primitive rock and R&B that would later be heard in both the New York Dolls and the Ramones, the Groovies delivered ferocious originals like "Love Have Mercy" that stood up alongside renditions of already classic tunes "The Girl Can't Help It" and "Something Else/Pistol Packin' Mama."

The band bounced back by signing to Kama Sutra Records and producing the equally spectacular Flamingo and Teenage Head (featuring the monstrous proto-punk title track), but growing tensions between Loney and Jordan would lead to the singer's departure. Taking complete control of the band, Jordan brought guitarist/singer Chris Wilson on board and relocated the Groovies to England to capitalize on their greater popularity in Europe.

Working with future Rockpile guitarist Dave Edmunds in the studio, the band eventually put together what many consider its finest post-Loney effort. Shake Some Action came out in 1976 on Sire Records and revealed a sound that ditched some of the '50s rock flavor for ringing Rickenbacker guitars and mod British Invasion pop. The follow-up album Flamin' Groovies Now furthered the band's embrace of a more power-pop sound.

Jordan would continued to lead the Groovies into the '80s and early '90s, but eventually disbanded the group and founded his new band, Magic Christian. However, in 2013, he reunited with Wilson and longtime bass player George Alexander after the Groovies were invited to play Australian festival dates. A string of sold-out shows both in San Francisco and abroad have followed since.

The Groovies have been performing their seminal Shake Some Action album in its entirety at recent shows, so even though this show at the Sweetwater Music Hall isn't advertised as such, fans can expect a healthy dose of that classic recording when the group headlines the San Rafael venue Thursday night. They are joined by noted LA cosmic country outfit The Donkeys.