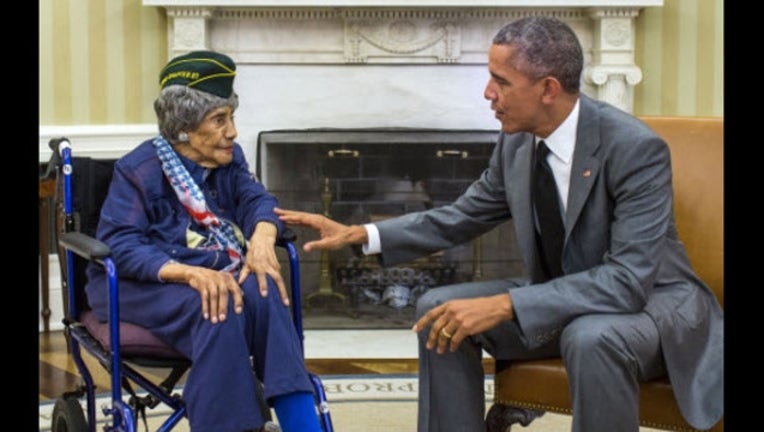 WASHINGTON D.C. (KTVU) -- The nation's oldest living veteran was invited to the Oval Office to meet the President on Monday afternoon.

After she was discharged, she moved with her family to Detroit where she joined the local NAACP chapter, eventually marching with Dr. Martin Luther King, Jr. in Detroit in 1963.

A trailblazer for women and African Americans, Didlake received a lifetime achievement award from the chapter two years ago.