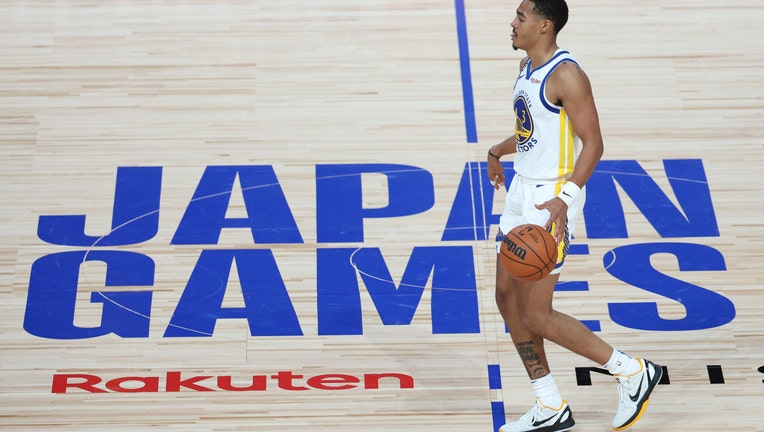 The Golden State Warriors are back in the U.S. following a trip to Japan. The team took part in pre-season NBA games overseas as part of the 2022 NBA Japan Games.

The team dominated in both pre-season matchups against the Washington Wizards. The Splash Brothers, Stepth Curry and Klay Thompson, put on an extra show for fans when they defeated their teammates, Jordan Poole and Moses Moody, in a 3 point contest. At one point, video from the competition shows Curry shooting no-look shots.

While in Japan, Curry and others spent time with fans and signed autographs. One video shows Curry interacting with a young female fan. Curry helped the girl dribble the ball and then shoot a basket through his arms before assisting her on a slam dunk. Curry left the girl with a signed basketball.

Jordan Poole and Andrew Wiggings decided to visit a hedgehog café while spending a day in Tokyo. In a hilarious video posted by the team, you can see Wiggins slightly hesitant to pick up the prickly animal.

The team will resume pre-season games in the U.S. on Oct. 9 in San Francisco when they take on the Los Angeles Lakers.