New data revealed by the state shows San Francisco, Contra Costa, San Mateo and Sonoma counties were among 12 counties statewide whose coronavirus infection rates were particularly high in those neighborhoods and did not meet the requiremet.

OAKLAND, Calif. - San Francisco, Contra Costa, San Mateo and Sonoma counties are among 12 counties across California that have coronavirus infection rates that are especially high in poorer neighborhoods and therefore did not meet a new statewide "equity metric" requirement, the Bay Area News Group reported.

The data is interesting in that San Francisco is, along with Santa Clara County, in the best shape in the Bay Area in terms of overall coronavirus numbers.

All other counties in the Bay Area, including Alameda and Santa Clara counties, met the equity benchmark, the Bay Area News Group reported. That is also interesting and both counties have large Latino populations, which typically have disproportionately higher coronavirus populations.

Last week, California added an "equity metric"  to the list of criteria counties must meet before they can advance through the color-coded tiers created to guide the reopening of shuttered businesses and activities.

Counties with big gaps in test positivity rates in poorer neighborhoods and communities of color may not be allowed to move forward by opening restaurants, salons, gyms and the like, and they must show a plan how they will funnel more money toward testing and contact tracing in coronavirus hotspots. 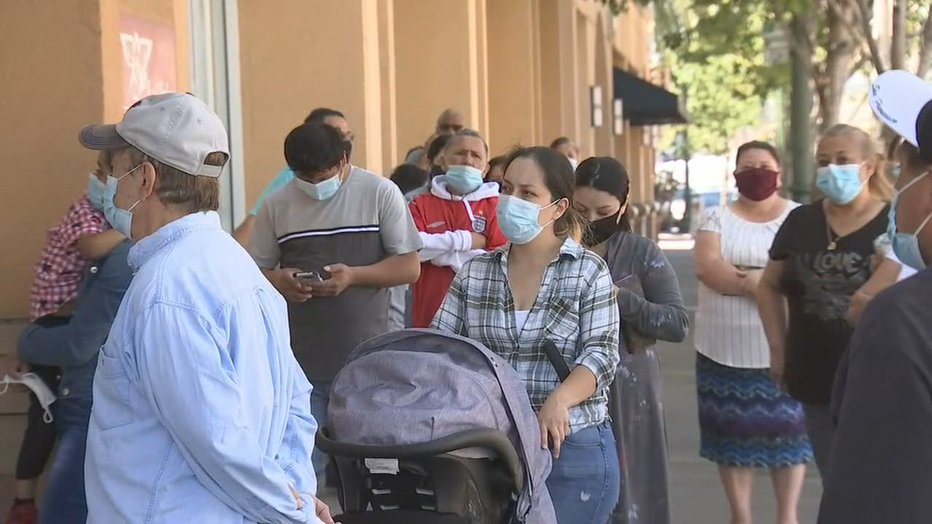 The metric is an effort by Gov. Gavin Newsom's administration to hold counties at least partially accountable for high infection rates in neighborhoods where many Latinx, Black and Pacific Islanders live.

For example, in San Mateo County, health officials estimated that the county’s lowest quartile, where residents live in the less affluent areas of San Mateo, Redwood City and East Palo Alto, has a positivity rate nearly double the county as a whole: 7.1% vs. 3.7%.

For any county to advance from the red to orange tier, the positivity in its least healthy communities would have to be lowered to at least 5.2%.

No Bay Area counties’ positions changed Tuesday, and officials said no counties have so far been held back from advancing because of the equity metric. But the Bay Area News Group reported that could happen if those that are falling short don’t improve.