HAYWARD, Calif. - Roy Lee Nelson Jr.'s family had called 911 to ask for a mental health transport to the hospital four years ago.

But instead of making it to a medical facility in time to help the 42-year-old father, Nelson died in a community college parking lot. His death has largely been unreported until now. Police did not even mention him by name in a brief news release they wrote on Dec. 19, 2015, describing that someone died because he got into a scuffle with police.

But for the first time, video clips recently released as part of a federal wrongful death suit are shedding new light on what happened in the moments before Nelson took his last breaths.

But clips don't answer why Hayward police simply didn't drive him to the hospital instead of letting him wait almost half an hour suffering from a panic attack as he awaited that medical transport.  And the biggest question his family has likely never will be formally answered: Would Nelson still be alive if he wasn't black?

No one disputes these facts: Nelson Jr. was suffering from schizophrenia and wanted help. Police arrived and called an ambulance. While waiting for paramedics in the parking lot of Chabot College in Hayward, Nelson Jr. apparently became agitated, and he kicked at the back of the patrol car, asking to get out. Police said they needed to restrain the 6-foot, 350-pound man face down on the ground to get him to stop kicking. Nelson Jr. died after telling officers that he couldn't breathe.

"This is the West Coast Eric Garner case," Nelson's civil rights attorney, Adante Pointer of the John Burris Law Firm, told 2 Investigates, referring to the man selling loose cigarettes who died in a New York City police chokehold in 2014.  "Mr. Nelson literally said, 'I cannot breathe.' And the officer ignored his pleas. This was a man who was experiencing a medical emergency and he was treated as a criminal suspect. Just because you have a mental health issue, just because you have used some narcotics doesn't give police the right to kill you."

The Alameda County Coroner found that Nelson Jr. died accidentally, a result of cardiac arrhythmia along with acute methamphetamine and amphetamine intoxication associated with physical exertion.

But his family does not believe his death was an accident at all. And they cite the fact that police delayed taking him to the hospital as they waited for paramedics and they cite the tight restraints police wrapped Nelson in, which they said were completely unnecessary.

And his family doesn't want Nelson's name to be hidden anymore.

"I want justice," his son, Roy Lee Nelson III, told KTVU in a recent interview. "I don't want my dad to be thought of as how they're trying to portray him. I want them to tell the truth."

Though the District Attorney did not conduct a formal review of the officers' behavior, the officers involved in the case -- Michelle Hall, Nathanael Shannon, Matthew McCrea and John Padavana -- were cleared of wrongdoing by the department's Internal Affairs investigators, according to Pointer.

Hayward has been fighting this lawsuit for the last three years, arguing that the officers acted reasonably given the circumstances. In court earlier this year, Hayward's former deputy city attorney, Ray Rollan, argued that while Nelson Jr. was initially not considered a criminal, his behavior of "kicking the patrol car three times" in the parking lot of the college "necessitated" him being restrained in what is called a WRAP device. He argued that the police behavior was well within policy. 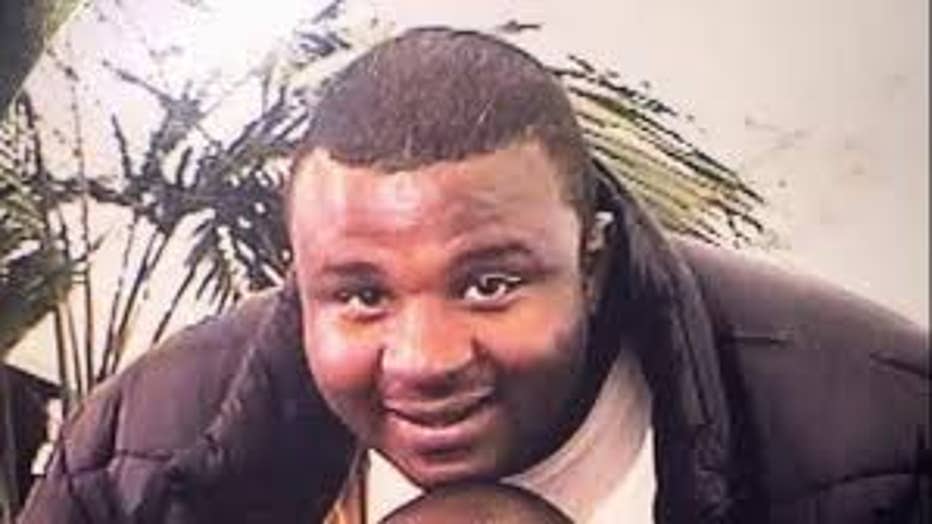 But in April, Magistrate Judge Sallie Kim ruled that the excessive force claims against the city and department can proceed to trial.

"I just cannot imagine a juror in this country saying after a person says he can't breathe and an officer knows Mr. Nelson is unconscious and then waits for a minute and 20 seconds and finding that appropriate…I just find that impossible to believe," Kim told the lawyers at a summary judgement hearing. "I find it very, very difficult to believe that any juror, anywhere, is going to find Officer Shannon not liable for a violation of Fourth Amendment rights under these set of circumstances."

The fact that Nelson died in police custody is not being questioned.

How and why he died -- and who or what is responsible -- is.

At the time of his death, Nelson III said his father was living at a court-mandated halfway house because of his history of drug use and mental issues. The coroner's report also noted that Nelson's ex-wife told police that he was easily intoxicated when he drank alcohol and was known to abuse methamphetamines.

But Nelson's family is now also questioning the role that police tactics played leading up to his death: How did a call for medical help turn fatal?

His son thinks he knows the answer.

"It's because he was black," Nelson III said. "He and my mother called for help. And they basically saw him as a criminal and they treated him as they treat any other African American."

Nelson III, who has since moved to Modesto because he said his life irrevocably changed after his father died, is trying stay positive. He remembers his father as a playful man, who would race him when he was little at the Hayward BART station, who picked up odd handyman jobs to pay the bills, and who would joke with waitresses when he took the family out to restaurants.

"My Pops was a very loving person," Nelson III said. "He tries to keep it positive. But he is a man with struggles."

Here's what can be pieced together about the case, after conducting interviews, reviewing court records and a coroner's report and listening to audio of some of the summary judgement hearing earlier this year:

At 1:06 a.m. that morning, Nelson's ex-wife called 911 asking for help. He was having a schizophrenic episode and needed some help. Police showed up at his door and he voluntarily went with them, according to the lawsuit. He was trying to get to St. Rose Hospital, 1.7 miles from his home.

It's common practice, the lawsuit contends, for police officers to summon paramedics to transport "5150" psychiatric patients. But "for unknown reasons," the suit states, police did not wait for an ambulance and instead drove Nelson to the college parking lot. Pointer said Nelson was there for about 20 to 30 minutes waiting for paramedics to pick him up.

The video clips show the spot at Chabot College Parking Lot G where police had stopped to wait.  Officers can be heard talking about waiting for a medical transport for Nelson, and it sounds as if at least two ambulances were called, but didn't come immediately. In testimony, Hayward's former deputy city attorney noted that the Paramedics Plus ambulance was late in arriving.

At this point, Nelson seems to suffer from what appears to a panic attack in the back of the patrol car. His face was distraught. His sweatshirt was drenched in sweat. The video shows that he was kicking the back of the gated area from the back seat. He reached one hand out of the partially open patrol car window, stretching his fingers outward.

Through the window of the car, an officer points his finger at Nelson and says, "I told you not to kick." Another officer tells him to stop waggling his fingers. "Will you let me out?" Nelson asked.

"When the ambulance gets here," the officer answered.

But Nelson didn't want to be in the back of the car any longer.  And while he said "yes" and "please," he also didn't obey police commands to stop kicking. St. Rose Hospital was one mile away, Nelson's lawyers pointed out, but police decided he was a risk and they took him out of the car. There is much discussion among the officers about how to best put him in a WRAP restraint.

The video shows it was difficult to get Nelson on the ground, face down on his stomach. An officer puts a knee in Nelson's back to force his large body into the Velcro straps. The deputy city attorney testified that police officers said Nelson tensed up his body, making it hard to put the WRAP on. Nelson's attorneys contend he did everything police asked him to do.

"I can't breathe," Nelson tells police in the video.

One officer responds, "You'll be all right." Another says, "he's breathing."

"Stop resisting," an officer tells him. Nelson is heard whimpering.

There is more back and forth.

Finally, Nelson's body is turned over and he is limp. "Check his breathing," an officer says.

Officers do not perform CPR but check his pulse. They seem to find it, at least for a while. One officer notes his sweatshirt got tight around his neck.  Nelson Jr. continues to lie on the ground motionless. Police discuss what to do. They shake him. No one administers First Aid.

Nelson's son said he wakes up every morning thinking about how his father died and how he feels the public still doesn't the truth about what happened. He hopes that will come out at trial.

"What if the same thing happened to someone in your family?" Nelson III asked rhetorically of the police officers. "Would you want it covered up?

He said he wishes he could go back to the way things were before. He wonders if he will ever recover.

"I take everything so serious now since it happened," he said. "With him, I used to enjoy stuff and I don't even remember the feeling any more. I miss him. I struggle every day about it."

READ: Federal lawsuit filed by Nelson Jr.'s son and response by the city of Hayward: