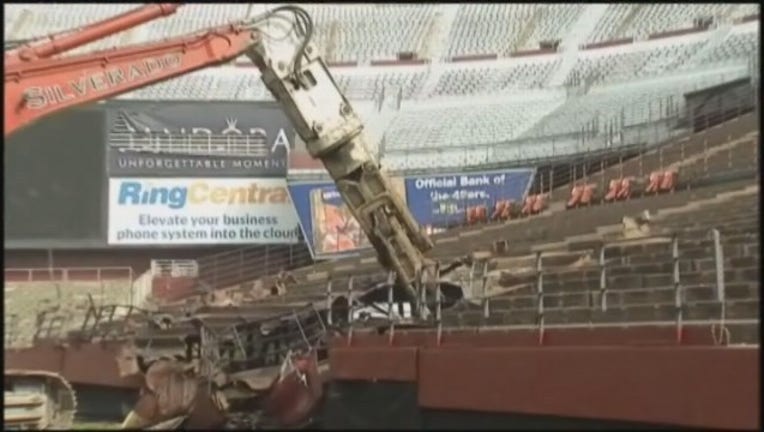 SAN FRANCISCO (KTVU) -- These days water, especially in California, is a precious resource. But a local newspaper is reporting that thousands of gallons of drinking water is being wasted for the demolition of Candlestick Park.

According to a report in Bay Area News Group, demolition crews are using water from the Hetch Hetchy Resevoir to keep down the dust from blowing into the bay and nearby homes.

The report says Lennar, who's in charge of the demolition and construction of a retail and housing development planned for the area, could have received free recycled water from a sewage treatment plant offered by the city.

Lennar says they understood a public utilities commission email told them the recycled water could not be used for larger demolition project.

But the PUC claims Lennar misinterpreted the email, adding they plan on talking to them to clarify and get crews to use recycled water for the rest of the project.

The water usage could just be a big misinterpretation, one that has already wasted thousands of gallons of water for others.

The report says it is unlikely Lennar will face any fines.