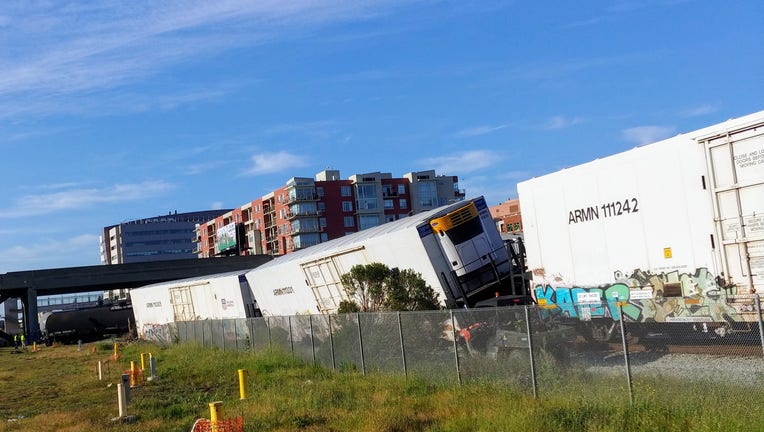 Those crossings were fouled when six cars of a UP freight train - three empty tank cars and three refrigerated boxcars - derailed at about 1:45 p.m. Sunday just south of the Powell Street bridge over the tracks.

UP spokesman Tim S. McMahan said the train originated in Roseville and was headed to Oakland. No one on the train or near the tracks was injured, he said. 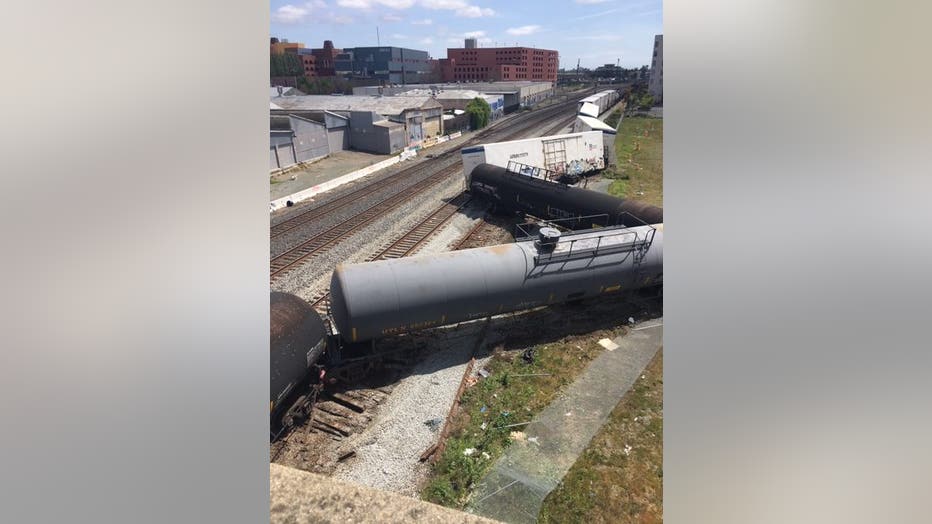 Other trains on the busy Oakland-Roseville mainline, including several Amtrak trains, were getting around the disabled freight train on other tracks. The cause of the derailment was still being investigated Sunday night, McMahan said.