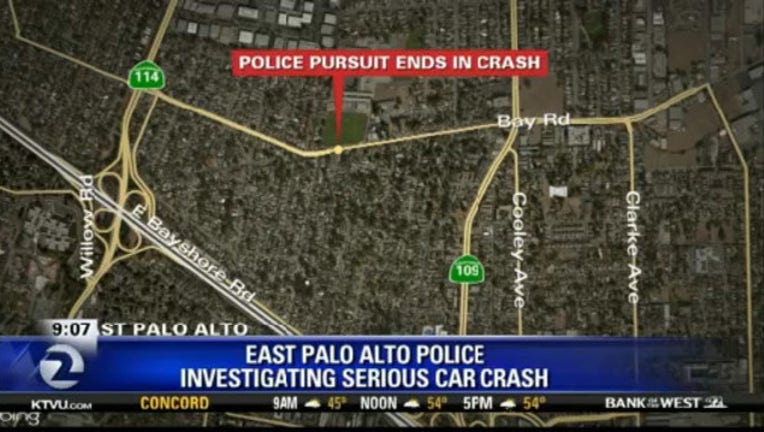 There are reports that it started with a police chase just before 8:30 p.m.

Officers were reportedly trying to pull over a Nissan, but the driver refused to stop.

Police say the driver was going about 70 miles per hour when the car crashed into a tree near Bay Road and Oakwood.

There were five people in the car. Two men, a woman, and a girl were taken to hospitals.

The adults are the most seriously injured. No one else was hurt.