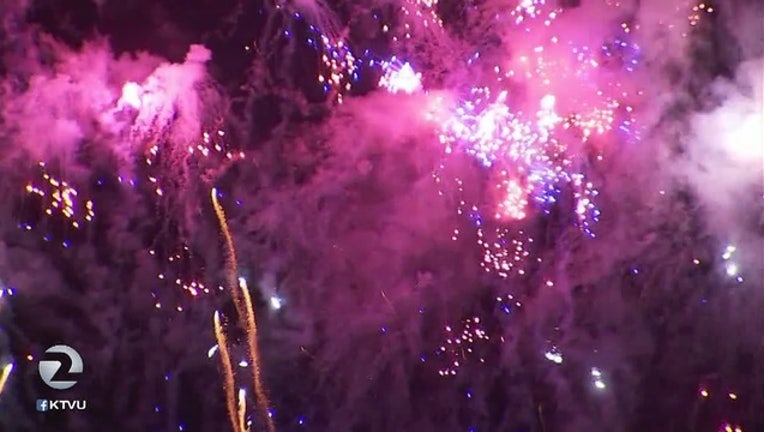 A 28-year-old Mexican tourist was struck in the hand just 12 minutes into New Year's Day at a party at a San Leandro home on East 14th Street near the border with Oakland.

A 6-year-old girl was struck in the head sometime before 2 a.m. New Year's Day at a celebration in Oakland. The girl was in stable condition Tuesday at UCSF Benioff Children's Hospital Oakland.

Police said the tourist told them that he was in the backyard of the home when he felt something hit his hand.

When he looked down a 9 mm bullet was on the ground. Police said the bullet caused an abrasion that required medical care but did not enter his hand.

Officers went to the home to investigate and collected the bullet for a future investigation. The victim was taken to a hospital.

Police said celebratory gunfire is concerning because falling bullets can be deadly.

Police don't know where the bullet came from. According to police, the injury was the only significant event in the city New Year's Eve.