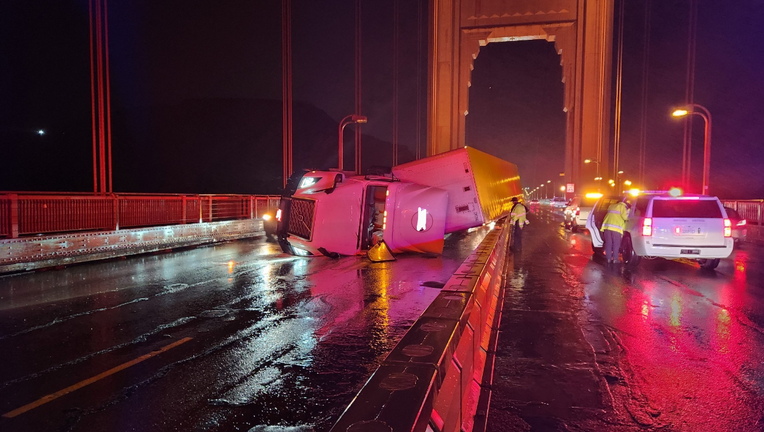 SAN FRANCISCO - Caltrans reports the Golden Gate Bridge has reopened lanes in both directions following its closure due to an overturned semi-truck.

Officials did not provide an update on the truck driver.

An 18-wheeler has overturned on the Golden Gate Bridge, blocking lanes and causing traffic, according to officials.

The semi-truck overturned on the #1 and #2 northbound and southbound lanes on the bridge. CHP authorities said "high-profile vehicles" should avoid the area due to high winds.

Caltrans officials specified all lanes on the bridge are blocked and those using the bridge should expect delays.

Those who are able should seek alternative routes and also avoid the area.

SEE ALSO: Sinkholes continue to swallow up roadways throughout the Bay

Authorities did not say what caused the truck to overturn.

It is unclear if there are any casualties from the accident. The status of the truck driver is currently known.