Thanks to intervention from the White House and Labor Department, what seemed to be a likely rail-worker strike is now far less likely. Overnight negotiations between labor and management have led to a tentative agreement.

WASHINGTON - Thanks to intervention from the White House and Labor Department, what seemed to be a likely rail-worker strike is now far less likely.

Negotiations overnight Wednesday led to an agreement that some 90,000 rail workers will need to approve.

A train strike that would have completely snarled the U.S. supply chain and done grievous injury to the economy, appears to have been averted. 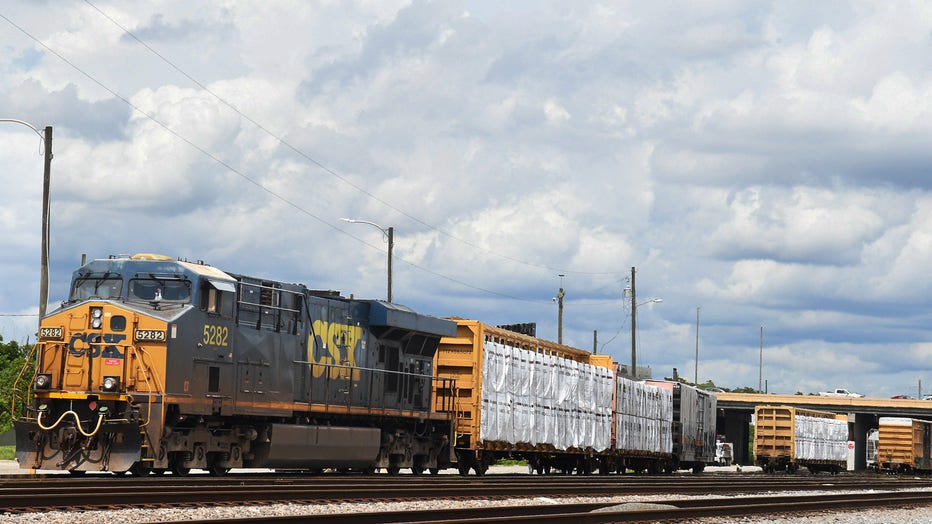 For now, both the freight and passenger rail systems remain active.

"Strikes occur when there's a breakdown in communication. You need somebody to bring people back in the room to talk like adults and really resolve it," said Patrick Sherry of the Mineta Transportation Institute.

This is a tentative settlement subject to a vote by all 12 involved unions to accept it. Until all votes are taken, the trains will keep running.

"They're recommended now to the votes of their individual members and I guess that there's two unions that have to vote," said rail economist Jim Blaze.

But since it's an "all or nothing" settlement, even if one union says no, the strike would likely be back or subject to more negotiations. "Normally speaking, they're very close and even if there is a first time negative close vote, there still is some opportunity, I think, to get an agreement. It could be as little as two weeks, maybe three or four," said Blaze.

Under the settlement, certain work rules, including overtime, sick leave, bereavement and other strictly enforced requirements will be eased. "There's gonna be some accommodation and how the rules are applied by supervisors," said Blaze.

According to credible reports, employees will get voluntary assigned days off as well as one additional paid off day. They are also guaranteed to get time off for doctor and medical appointments.

"There's a recognition that OK, we've got to have some leniency benchmarks where there's not gonna be absurd levels of punishment," said Blaze.

Though the president could have kept trains running and negotiations going by ordering a cooling-off period, this is better because the labor and management worked it out.